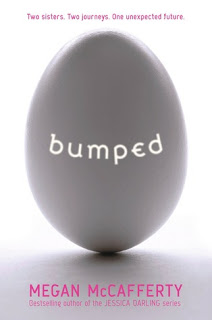 Raimy from Readaraptor Hatchling said…
I agree, I can totally see something like this happening... I could still see our world in Bumped which doesn't happen that much in Dystopian's for me but it was great!
6 August 2011 at 20:22