August 08, 2011
I am pleased to be able to share with you an extract from Boys for Beginners. 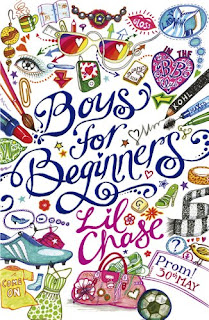 Karen C said…
The Belly Button Club? LOL that sounds funny and Gwynnie sounds a bit like I used to be around the guys. Sounds like a really fun read. I enjoyed the excerpt.
8 August 2011 at 18:55