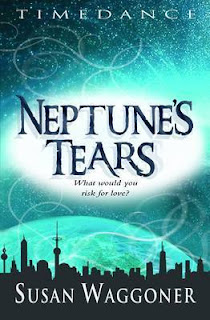 It is love against the odds. There is his word, and there is hers. How can they feel so connected?

It is 2218 and Zee McAdams is in her second year as a healing empath at a busy London hospital. When a mysterious young man arrives for treatment, Zee's hard won calm is pierced. She will need all her courage if she's to follow her heart.

I wasn't quite sure what to expect from this book not having heard all that much about it before i received it in the post. I can quite honestly as I was very pleasantly surprised in how much I enjoyed it.

The book is set in the future but not a dystopian one which is something I really liked. Of course things are different with the world as technology has advanced but that doesn't mean the world has gone to hell like in so many books set in the future. It was a really pleasant change for a YA novel and it was fascinating to see a future vision of places I already know and visit regularly.

This story is all about Zee. A empath working in a London hospital to help patients manage their pain. She is a really interesting character as she is very selfless in her work and the way in which she interacts with the people around her. Things get interesting when she meets the mysterious David, an alien, whom she starts up a relationship with despite the prejudice against their relationship. Although she falls for him she feels that there is a distance between them. When David tells her its because of a law on his planet which forbids them to be together it devastates her and is the start of even more revelations to come.

As well the main story which focuses on Zee and David I also liked how this book dealt with other issues particularly looking at terrorism. The way in which the author envisages the threat of error ism in the future as well as the development of weapons used is actually quite terrifying as well as completely fascinating.

All in all a book hat really surprised me. I am very much looking forward to the sequel next year.

Anonymous said…
I've only just got around to reading this book - I loved it too! Agree about the terrorism aspect, shock-wave bombs = nasty