Waiting on Wednesday: What happened to goodbye by Sarah Dessen

April 27, 2011
I love a good Sarah Dessen novel to read in the summer months. Looking forward to this one! 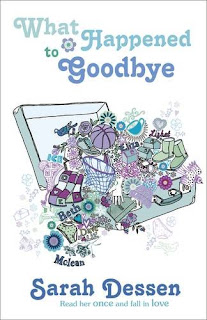 Unknown said…
The cover is really interesting, I stared at it for a few seconds before I got what it was.

Michelle Fluttering Butterflies said…
I adore Sarah Dessen and it feels like it's been too long since her last book!
28 April 2011 at 08:16