waiting on wednesday: Trial by Fire by Jennifer Lynn Barnes

April 06, 2011
I am so looking forward to the next instalment in this series 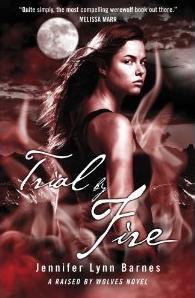 Filled with action, unlikely allies, and deadly conspiracies, TRIAL BY FIRE will change Bryn forever. She is soon to realise that to lead a pack of werewolves, she must give in to her animal instincts and become a little less human. And as hard as it's going to be, Bryn is going to have to do it alone.

Karen C said…
It sounds good. The cover looks familiar - is this the second book in the Raised by Wolves series? The covers are very similar ...
6 April 2011 at 18:46