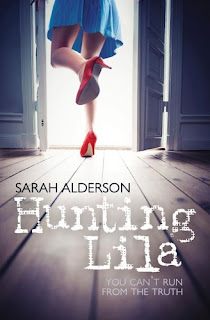 17-year-old Lila has two secrets she's prepared to take to the grave. The first is that she can move things just by looking at them. The second is that she's been in love with her brother's best friend, Alex, since forever. Or thereabouts.After a mugging on the streets of South London goes horribly wrong and exposes her unique ability, Lila decides to run to the only people she can trust - her brother and Alex. They live in Southern California where they work for a secret organisation called The Unit, and Lila discovers that the two of them are hunting down the men who murdered her mother five years before. And that they've found them. Trying to uncover the truth of why her mother was killed, and the real remit of The Unit, Lila becomes a pawn in a dangerous game. Struggling to keep her secrets in a world where nothing and no one is quite as they seem, Lila quickly realises that she is not alone - there are others out there just like her - people with special powers -and her mother's killer is one of them...


***
I didn't know what to expect at all when I began this book and was pleasantly surprised to find out that it was a unique and engaging offering by a debut author which I enjoyed thoroughly.

The book starts in explosive fashion with an immense opening chapter which leaves you reeling as you try to catch up and make sense of what you've just read and leaves you wanting to read more and more. From the first page I was totally hooked and needed to know what was going to happen next.

Lila is an interesting character. She has abilities that she tries to keep secret from others and actively avoids using them. This all goes wrong when she is mugged and rather than face the problem she runs half way across the world to her older brother to get away from it all. Her brother is a marine working in a special unit whose job it is to track down Lila's mother's killer.

I loved loads of things about this book. The best thing about this book for me was the relationship between Lila and Alex her brother's best friend who she has known since she was a child and been in love with as long as she can remember. Alex is awesomely gorgeous and I spent the book rooting for them to get it sorted and together.

The storyline kicks off during Lila's visit to the Unit's base. During the visit everything goes crazy when an alarm goes off and everyone panics and runs away from the base as fast as they can. Lila doesn't seem to know what has happened or why. From here on out a series of events kicks off in which the unit's true purpose is revealed and Lila's position in the whole affair is made extremely confused as she finds herself torn between two different factions and startling revelations are made.

The book was awesome in that it ended both with a cliff hanger but also the feeling that the first part was tied up quite nicely. I can't wait to see where the story goes in the next books.

Michelle Fluttering Butterflies said…
I absolutely adored this book, it completely took me by surprise.
19 November 2011 at 09:51