Historical Fiction and its use in schools ....

November 25, 2011
A few weekends ago I had the chance to attend a conference organised by the Ipswich Children's Book Group about Historical fiction and the uses of it to support the teaching of history in schools and I had a brilliant time.

I love the idea of using historical fiction to assist the teaching of History in schools. On my school blog mrsconnorloveshistory.blogspot.com I have a page where I recommend books about periods of history we study and find it really helps to broaden a student's knowledge base and engage their interest in the topics we study in the classroom.

Some parts of the day which were really highlights for me and made me think both as someone who loves reading but as a history teacher teaching teenagers ... 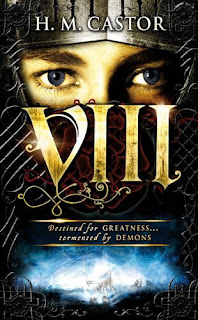 The main reason I went to the conference was to meet Harriet Castor. If any of you regulary read my blog or follow my random ramblings on Twitter you will know her book VIII was one of my favourite books this year so far. I loved how her book really got underneath the skin of Henry VIII and all the differing reasons why he became the man he did rather than just focusing on the usual ideas that most children can spout off about him before they leave primary school.

For those of you who are history teachers Harriet's book really addresses well the Key concept of Interpretation (as outlined in the last National Curriculum reforms and one which I think we be staying even if the Government decides to meddle once again) and forces the reader to take this new look at this huge historical figure we all think we know so well. Harriet has said she is working on a similiar project looking at Henry's daughters which I am already excited about and it got me thinking about other characters from history that I would love to see explored in fiction. How fantastic would it be to get under the skin of King George V, Kaiser Wilhelm II and Tsar Nicholas II the three cousins at the root of the First World War? I am always fascinated that such a huge war was fought by countries who were all ruled by grandchildren of Queen Victoria. I would love to get to know Elizabeth Garrett Anderson (the first female doctor in England) and find out what gave her the determination to go on despite all the seemingly impossible hurdles she faced. I'd also love to meet Sophie Scholl and find out why she decided to stand up to the Nazis and risk losing everything when others decided not to. The notion that we should have such empathy with historical figures is something I strongly believe in (although it appears the government does not if you look at the new history curriculum) and think it is vital to make children care about characters from the past and want to learn more about them. 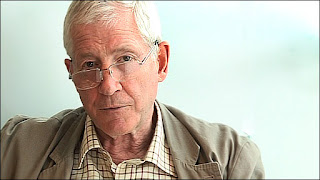 I also enjoyed listening to Kevin Crossley-Holland who opened the conference. I have read Kevin's books before and have toyed with the idea of using parts from his Seeing Stone / Arthur series before to teach about Medieval life as some of the parts are brilliantly insightul and well researched.  He actually talked very little about his own titles but actually talked at length about his ideas about historical fiction and what it can and should look like which I found really fascinating.

A fascinating event for me which I thoroughly enjoyed.

Unknown said…
What a brilliant post. I would love to know more about using historical novels to enhance the curriculum. Thanks for sharing :D
25 November 2011 at 12:02