Waiting on Wednesday: The devil walks by Anne Fine

June 08, 2011
I can't wait for this one after hearing about it earlier in the year from the Random House Girlies 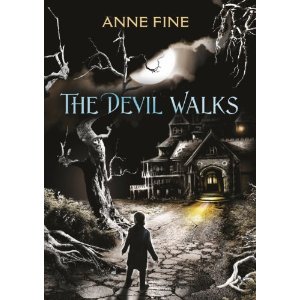 Raised in secrecy by a mother everyone thinks has gone mad, Daniel’s only link to his past is the intricately built model of the family home – High Gates. The dolls’ house is perfect in every detail.

As Daniel is reunited with the last remaining member of his family - his Uncle Severn, who bears an uncanny resemblance to a sinister wooden doll he has found hidden in the house - he begins to suspect that this vicious, haunted puppet of a figure has a chilling influence, bringing cruelty and spite in its wake.

Now Daniel's very life is at risk as his uncle is determined to get his hands on the figure . . .

Michelle Fluttering Butterflies said…
OOOH! How creepy does this one sound? Honestly, you find some of the best books that I've never heard of :)
9 June 2011 at 11:31