Review: The Island by Sarah Singleton

November 06, 2010
The Island by Sarah Singleton
Published by Simon and Schuster 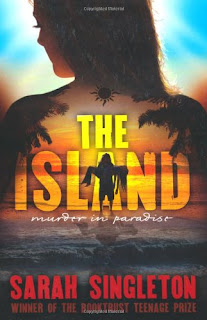 This book was a well written, nice little read, reminding me of Losing Gemma in its setting and style, with lots of mystery and intrigue.

The Island is a story following the adventures of three older teenagers on their gap year in India. The book alternatives between naarative told by each of the three main characters in separate chapters both in real time and through flashbacks. The story begins with Otto a laid back aspiring photographic journalist who mets a mysterious young girl named Maria on a Goan beach. They dance the night away and hours later she winds up dead with Otto being the main suspect in the case having found her body in the sea. Otto tries to find out more about Maria and her death and soon finds he is captured himself. His friends, arrived to Goa at a later date than Otto, arrive at the village unable to find Otto and at a loss of what to do. It soon becomes clear as they investigate that everything is not as it seems.

I enjoyed the twists and turns of this book although some of the ideas were a little predictable. I enjoyed how the three main characters complimented each other as they were all so different and I enjoyed finding out more of their back story through the flashback chapters. I did think the characters and their decisions were a little naive at times - even I was suspicious of a variety of the choices offered from the outset whereas they didn't seem to notice the threats facing them.

While the ideas were simple I wouldn't say this book is strictly a Young Adult novel - the language used and content would be more appropriate to an older audience and I certainly wouldn't recommend it to younger readers. The book had certainly taken inspiration from other novels of a similar genre like 'the beach' and 'Losing Gemma'. Definitely engaging in its own way although I'm not sure how much more story their is to tell. I'll be interested to see what is planned for the sequel.

Vicki said…
I've never read Loosing Gemma but did see the TV adaptation, it does sound quite similar! I do really like the sound of this though...especially the setting! Great review
6 November 2010 at 07:35