November 14, 2010
In my mailbox is hosted by the awesome Kristi at www.thestorysiren.com

I only got two books this week but both of them are awesome.

From penguin for review 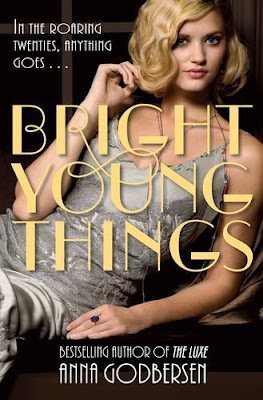 The year is 1929. New York is ruled by the Bright Young Things: flappers and socialites seeking thrills and chasing dreams in the anything-goes era of the Roaring Twenties. Letty Larkspur and Cordelia Grey escaped their small Midwestern town for New York's glittering metropolis. All Letty wants is to see her name in lights, but she quickly discovers Manhattan is filled with pretty girls who will do anything to be a star... Cordelia is searching for the father she's never known, a man as infamous for his wild parties as he is for his shadowy schemes. Overnight, she enters a world more thrilling and glamorous than she ever could have imagined—and more dangerous. It's a life anyone would kill for...and someone will. The only person Cordelia can trust is Astrid Donal, a flapper who seems to have it all: money, looks, and the love of Cordelia's brother, Charlie. But Astrid's perfect veneer hides a score of family secrets. Across the vast lawns of Long Island, in the illicit speakeasies of Manhattan, and on the blindingly lit stages of Broadway, the three girls' fortunes will rise and fall—together and apart. From the New York Times bestselling author of The Luxe comes an epic new series set in the dizzying last summer of the Jazz Age.
I was offered this week and jumped at the chance - it looks awesome! I hope to get to it this week.

Received from the author 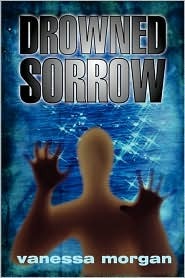 Megan Blackwood has just lost her son in a terrible accident. Now she has come to Moonlight Creek with her teenage daughter Jenna, hoping a change of scenery might help to put her life back together.   But something odd is going on in Moonlight Creek. When rain falls over the village, its inhabitants commit grisly murders, leaving the place deserted with the first rays of sunshine. Beneath the lake's surface, an eerie presence watches... and waits... Waits to reveal a tragic past drowned in mystery and fear. One that doesn't bode well for visitors. By the time Megan realizes that her daughter's life is in danger, it may be too late to escape.   "Vanessa Morgan has the gift of pacing and spookiness" Scott Nicholson, author of They Hunger and The Farm   "The female version of Stephen King" Pedro Chaves, director of Reiki   "A racy thriller in the vein of Dean Koontz and John Saul" Dirk Vandereyken, author of Fates Worse Than Death: Hunter

I was offered this by the author ages ago and it finally arrived this week - along with signing the book (and you know how much of a fan I am of signed books) Vanessa included a manuscript of her new short story. Another book I hope to read at some point later in the week!

Anonymous said…
Bright Young Things just arrived to be processed at my library; it looks interesting! However, Drowned Sorrow looks great and am definitely adding that to my to-read list!
Here's my IMM, if you're interested!
http://christitheteenlibrarian.blogspot.com/2010/11/in-my-mailbox-8.html
14 November 2010 at 03:53

Belinda said…
Congrats on your books this week. Happy reading :)

Aisle B said…
Can't wait to hear what you think of Bright Young Things. I was surprised to hear it took place in the flapper years but it's getting a lot of positive reviews everywhere.

Enjoy and heads up mailbox is up over at Aisle B, so come by if you get the chance :)

PS I'm hosting my first Giveaway open to ALL. So come on by if you get a chance :)

Karen C said…
Bright Young Things seems to have been a popular one this week. Enjoy your mailbox!
14 November 2010 at 18:58

The Norwegian BookGirl said…
I have not heard about "Drowned sorrow", but a statement such as the author being the female version of Stephen King makes it a tempting read.
14 November 2010 at 23:49

Amber said…
hanks for dropping by and checking out my mailbox! I read a really great review about Bright Young Things recently so I hope you like it. Happy reading!
15 November 2010 at 01:02

Krystal said…
Both books look great. I'd really like to read Bright Young Things.
Happy reading this week,
Check out my IMM
15 November 2010 at 02:32