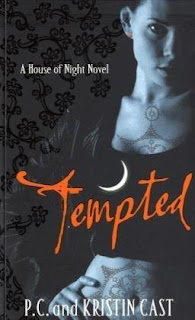 Not a bad read. I would put it in the same category as those rubbish shows you watch on TV because secretly they are entertaining even though you'd never admit to it. I don't like the fact that the books are quite similar in format - e.g. slowly slowly big up how fab Zoey is, gasp these two are gay, grasp what is Zoey going to do about her boy problems then something finally happens in the end. I do like the overall storyline of this series but felt (like I did with the previous book) that there is a sufficient amount of padding put in to ensure an epic book deal. Zoey can be very irritating and the readers are treated like 5 year olds when it comes to thing like swearing (what the hell is bullpoopie about - it makes me cringe to even type it out) and the fact that some of characters may or may not be having sex or that some of the character are gay. Big deal, I don't actually care. I am interested to see where the series goes in the end but wish they would just get on with it.

Michelle Fluttering Butterflies said…
I thought much the same thing as I was reading the books. Same format, going over the same things. A little condescending. Bullpoopie makes me cringe too, and who really cares if the two boys are gay?! I also don't like the Twins. If they're that alike, why have two of them? Kill one off. ..and yet, I still keep reading the series! :)
10 August 2010 at 08:25

kirsty at the overflowing library said…
I officially gave up on the whole lot this week - I couldn't put myself through it any longer
10 August 2010 at 08:59