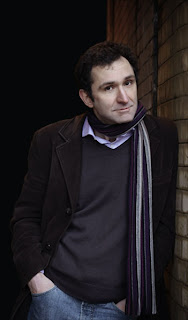 1.       Pen and Paper Okay, strictly speaking that’s two things. But they’re the basic tools of all my scribbling. It’s true that when writing a novel I type straight on to my computer, so that I’m able to edit, reorder, cut and paste and generally fiddle to my heart’s content. But all my hard, important, conceptual thinking is done by hand (for instance, this fine article’s being composed that way…). I like to make notes in different colours, draw diagrams, figure out the structure by drawing arrows between chapter summaries, and so on. It’s messy, it’s involved, it’s the nitty gritty of novel creation and scarcely any different in feel to the way I made little books when I was a kid. There are just slightly fewer Berol pens involved now, so my fingers aren’t stained every colour of the rainbow.

2.       The Ability to Touch Type Okay, that’s not actually a thing. It’s a skill. Substitute ‘computer keyboard’ if you’re feeling pedantic. But acquiring the ability to touch-type was seriously the most useful month’s work I ever did, teaching myself with a how-to manual my grandmother had given me, and bashing away on an old-style typewriter. It was just after leaving university, when in the manner of English graduates the world over I lacked both a job and a clear idea of how I was going to get one. I surmised, however, that touch-typing might be an asset. Not so. It’s been an essential. It allows me to work and communicate at top speed and save my brain for other things.

3.       A Quiet Room It’s true that sometimes I do wilfully upend myself and go to a café to sit and write notes (see 1) surrounded by general hubbub and the blast of coffee machines. That’s just so I see human beings occasionally. It helps to keep me sane. But in general I need solitude and lack of distraction. I fact, I should probably have put ‘dull, quiet room’ because it needs to have nothing in it that might pull you from the task in hand. Bland pictures, files of accounts, preferably a blank wall in front of me. And no music. What’s with these writers who play music as they work? I don’t see how it can’t interfere with the rhythms of the language. Nope, strictly dullsville is what works for me.

4.       Slightly Uncomfortable Chair Was it Balzac or Thackerary or Trollope who always wrote standing up? Or someone completely different? Well, whoever it was, they knew a thing or two. And probably got terrible varicose veins. I don’t myself go that far, but I do have a rather decrepit chair that used to belong to my sea-faring grandfather. The horsehair stuffing’s gone in the seat and both the arms are broken off. It’s simply not very comfy, which keeps me at my task, and prevents me dozing off between 2 and 4 pm (the most dangerous time of day).

5.       An Optimum Page-Count When writing a novel, I always aim for 5 pages a day. This target (almost always unattainable) spurs me on. Even if I don’t make it, it gives me a context within which my activity can be judged.

6.       Dozens of Secret Vices Rereading the above I was dumbstruck by how remarkably tedious the act of writing actually is. The exciting stuff (hopefully) is confined to the page: the mechanics of achieving it relies, unfortunately, on regularity and repetition. To redress the balance, I evidently need to acquire a large number of colourful, slightly dubious pastimes. Insert the proposed vice of your choice right here: _____________  and send your suggestion in on a postcard, which I’ll read at precisely 11.00 a.m. when I have my cup of tea. 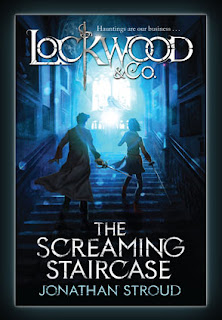 Jonathan's new book The Screaming Staircase is out at the end of the month. Check it out asap as it is excellent (my review will be up soon)

VickyC said…
Thanks Jonathan, really helpful tips which either tell me I'm on the right track (I'll keep my uncomfortable chair then) or inspire me to get my hands inkier - so to speak - in the writing process!
10 August 2013 at 10:32