Waiting for Gonzo Blog Tour: Who is the real Oz??

Who is the real Marcus “Oz” Osbourne in Waiting for Gonzo? 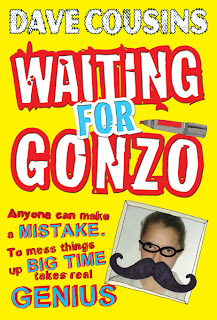 We have gathered here today, three people who know Oz pretty well, or so it would seem. We have asked each of them the same four questions, in an attempt to better understand the boy behind the moustache and the D-tags …

Meg, Oz’s sister, has known him all her life; Ryan and Isobel (AKA Psycho) Skinner have only known him since he arrived at Crawdale High School. Let’s see who has the juice on this slippery character …

QUESTION 1: If Oz were an animal, what would he be?

MEG: A mosquito, no question. He’s noisy, annoying and can bring you out in a rash! Oz can spoil anybody’s sunny day.

RYAN: A chimpanzee – because he thinks everything is funny and can’t stop causing trouble. Then he runs away and tries to look all innocent.

ISOBEL: A dumb puppy. He needs a firm hand and some proper training. You can always tell where he’s been by the trail of destruction he leaves behind!

QUESTION 2: If Oz were a drink, which one would he be?

MEG: He’d be a weak, cold, sugary cup of over-priced coffee from Coffee-GO! The sort that leaves a nasty taste in your mouth and keeps you awake all night.

RYAN: I think he’d be some kind of fizzy pop. Something bright blue with a stupid name that’s really expensive and comes in a fancy can. People only drink it ‘cos they think it makes them look cool. After one can you feel sick and spend all night burping!

ISOBEL: Well, I’d have to say a Buck’s Fizz! It looks all sweet and innocent but if you have too much you end up with a big headache!

QUESTION 3: If Oz were a car, what sort of wheels would he be?

MEG: A plastic toy one, left lying round, so you’re always tripping over it. It would have an irritating horn or engine sound built in. Being plastic, it would probably have been made by slave labour children in a factory on the other side of the planet. When it finally broke, it wouldn’t biodegrade – just lie around polluting the earth for thousands of years to come.

RYAN: Ha! He’d be a boy racer car. One of those low slung things with a daft paint job. Noisy but no real power. It would definitely have one of those bass bins in the boot, pumping out that stupid music he likes that no-one’s ever heard of!

ISOBEL: Something with dodgy brakes and a broken exhaust. So noisy that everybody has to cover their ears when it goes past, and it can’t stop once it gets going!

QUESTION 4: If Oz were a Muppet, which crazy character would he be?

MEG: Kermit’s little nephew, Robin. You know, the one that sings ‘Halfway down the Stairs’ because that’s where you’ll find Oz when there’s a conversation going on that he shouldn’t be listening to.

RYAN: That’s easy! He’s a right diva so it would have to be Miss Piggy, definitely! Everything has to be about her – always wants her own way! That’s Oz!

ISOBEL: One of those little guys from the Muppaphone  – the ones that get hit on the head all the time so they make a sound. Give me some beaters – I want a go!

So there you have it. But can any of these three really be trusted? I’m sure Oz would have something to say about some of the answers here. If you’d like to make up your own mind, you could always read the book …

Waiting for Gonzo is out now in paperback, published by Oxford University Press. 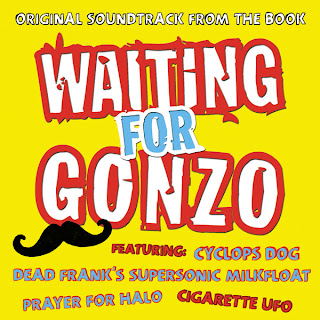 A soundtrack of ten original songs featured in, and inspired by, the book will be released on 18 March 2013, available from www.waitingforgonzo.bandcamp.com as well as iTunes, Spotify etc. 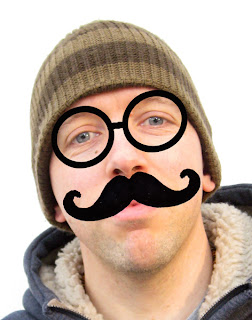