March 25, 2013
Today as part of the Wildwood Blog Tour I have 3 sets of the first two books in the wildwood trilogy to giveaway

Prue McKeel's life is ordinary. That is, until her brother is abducted by a murder of crows and taken to the Impassable Wilderness, a dense, tangled forest on the edge of Portland. No one's ever gone in--or at least returned to tell of it. 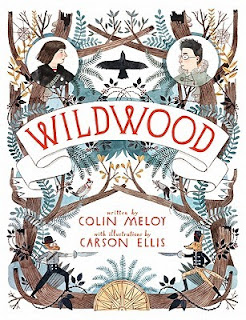 So begins an adventure that will take Prue and her friend Curtis deep into the Impassable Wilderness. There they uncover a secret world in the midst of violent upheaval--a world full of warring creatures, peaceable mystics, and powerful figures with the darkest intentions. And what begins as a rescue mission becomes something much greater as the two friends find themselves entwined in a struggle for the very freedom of this wilderness. A wilderness the locals call Wildwood. 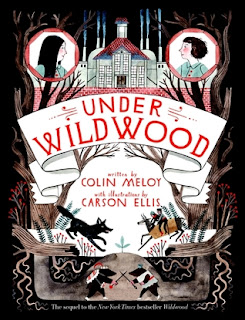 Ever since Prue McKeel returned home from the Impassable Wilderness after rescuing her brother from the malevolent Dowager Governess, life has been pretty dull. School holds no interest for her, and her new science teacher keeps getting on her case about her dismal test scores and daydreaming in class. Her mind is constantly returning to the verdant groves and sky-tall trees of Wildwood, where her friend Curtis still remains as a bandit-in-training.

But all is not well in that world. A hard winter has come and discord reigns in the wake of the so-called Bicycle Coup. Dark assassins with mysterious motives conspire to settle the scores of an unknown client. A titan of industry employs inmates from his orphanage to work in his machine shop, all the while obsessing over the exploitation of the Impassable Wilderness. Under a growing threat, Prue is drawn back into Wildwood, where she and Curtis will face their greatest challenge yet: to save themselves and the lives of their friends, and to bring unity to a divided country. But in order to do that, they must go under Wildwood.

In Under Wildwood, Colin Meloy and Carson Ellis reveal new dimensions of the epic fantasy-adventure series begun with the critically acclaimed, bestselling Wildwood.

To enter please fill in the following table