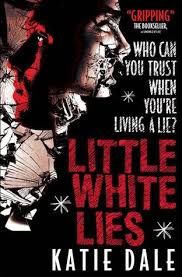 Eek! It’s Friday 13th! The day when everything’s supposed to go wrong and bad luck abounds. If you’re superstitious, that is.  I guess it comes down to whether you believe in luck, fate, and all the rest of it. In LITTLE WHITE LIES Christian tell Lou that he does:
‘It’s like fate keeps pushing us together.’ Christian grins.
‘Well, you can’t resist fate,’ I smile.
But is it really fate that brought them together?
Which got me thinking about how many other fictional characters met each other purely by chance or (if you believe in it) Fate.
Here are my top five: 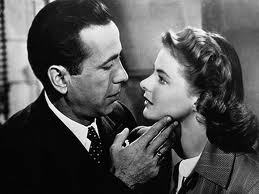 “Of all the gin joints in all the towns in all the world, she walks into mine.”
Poor Rick. Having lost the love of his life, Ilsa, years ago, he has resigned himself to running a bar in Casablanca, when who should walk in? Ilsa…with her husband. As their lives again explosively collide and intertwine under the looming threat of the Nazis, it seems Casablanca isn’t big enough for the three of them – but who will Ilsa choose…? 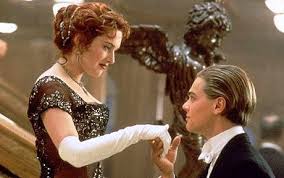 “I won my ticket on Titanic here at a lucky hand at poker...a very lucky hand”
Hm, that’s probably debatable, but it’s true that Jack Dawson was never supposed to be on the Titanic – there’s no way the penniless artist could have afforded a ticket, yet thanks to the luck of the draw (or fate), he won a ticket on the greatest ship ever built, and met and won the love of his life. If only it weren’t for a pesky iceberg…or was that fate again?

3) Strangers on a train 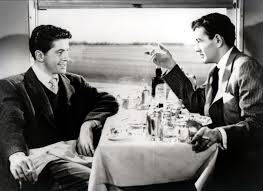 Of course, not all chance encounters are of the romantic kind. While on a train, Guy Haines has the misfortune to encounter a stranger, Bruno Anthony, who tells Guy about his idea for the perfect "criss-cross" murder: he will kill Guy’s wife, Miriam, allowing Guy to be with Ruth, the woman he loves, and in exchange Guy will kill Bruno's father. This is perfect, Bruno claims, as since they are unconnected strangers, there is no identifiable motive for the crimes, and therefore there can be no suspicion from the police. Guy hurriedly leaves, but Bruno followshim to his hometown, where he strangles Miriam in an amusement park. Now Guy must kill Bruno's father in return…or Bruno will frame Guy for Miriam’s murder. 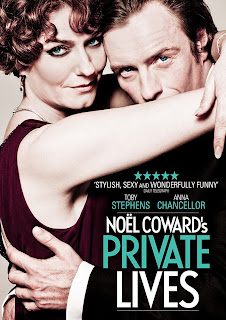 Imagine the scene: You’ve just arrived on the first evening of your honeymoon at an idyllic seaside hotel, complete with pretty wrought-iron balcony. But as your new spouse goes inside to change, who should appear at the adjoining balcony?
Your ex.
Also on honeymoon.
What are the odds? One in a million, at least, so it must be fate, right? But is it bad luck or good luck for Elyot and Amanda…?
Noel Coward’s hilarious play is as resonant and witty as it ever was as the couple who can’t live with or without each other are given a second chance…for better or for worse. 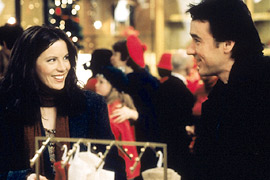 And of course, no list of chance encounters would be complete without Serendipity, a film which is all about Fate or “happy accidents”. After a (admittedly slightly tenuous) chance encounter over a pair of gloves each wants to buy their lover (really? How many pairs of gloves would be the right size for both sexes?) Sara and Jonathon feel a mutual attraction, and end up eating ice cream together. They say goodbye, but later both realize that they have left something at the cafe, and return only to find each other again.
Considering this to be a stroke of fate, Jonathan and Sara decide to go out on the town together, but, insisting that if fate wants them to be together, fate must bring them back together, Sara asks Jonathan to write his phone number on a $5 bill, while she writes her number on the inside cover of a copy of Love in the Time of Cholera.If they are meant to be together, he will find the book and she will find the $5 bill, and they will find their way back to each other… What will fate decide…?