Girly covers: Do they put you off a book?

January 03, 2013
Before I start this is no reflection on the quality of the books mentioned below of writing because I haven't read most of them (although I was recommended all of them as worthwhile reads)


This week I noticed something for the first time and it has actually made me quite cross.

Last week on twitter I asked for some adult book recommendations from some of my blogger friends as I fancied something different and didn't fancy trying to work out for myself what books to read when I had people whose taste is similar to mine to guide me. I reckon every single book they recommended me would be one I'd happily read and enjoy but something stopped me adding a few of them to my wishlist and that was the covers. Some of them were so awful that I would steer completely clear of the title ....

Now I do expect books like the ones I was being recommend to have a cover that is slightly girly because they are aimed at women, could be considered to be Chick-Lit (although I hate that term with a passion) and I can live with that and it wouldn't put me off reading a book as such especially if it complimented the story. An example is the following: The cover from Sarra Manning's Unsticky. In keeping with the story, girly but inoffensive nd not off putting in anyway shape or form 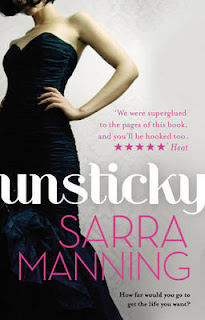 However I found as I was searching there were a high volume of covers aimed at the same market at the book above which were done in pastel colours (usually featuring pink at least somewhere) often featuring cartoony pictures and quite honestly there is no way on this earth I would part money for a book with that sort of cover. I would actually be embarrassed to do so as they look so patronising and demeaning. I am a graduate with two degrees, working in a profession working with a whole host of awesome other female professionals and the main wage earner in my household. Why on earth would I want to even consider reading a book where it looks like the only thing a woman is going for is finding a husband and without it she isn't complete (and yes I am married before someone says I'm just  bitter spinster)? What is even worse is I am told reliably that often these titles aren't like that at all and often feature strong women. However all I know is I wouldn't be seen dead reading or purchasing one of the following titles purely because of the cover because they look childish and patronising. I'm pretty certain the authors didn't want people to feel about their books. 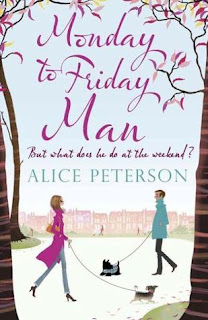 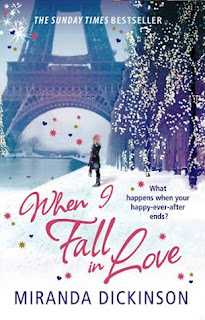 Now yes I know you are screaming at me "don't judge a book by it's cover" but it doesn't need to be like that as the following will show you. 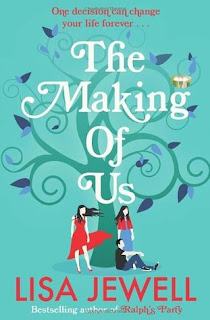 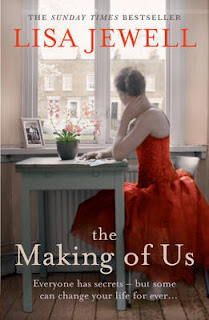 In fact this is currently on my wishlist 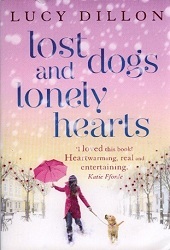 why why is the sky pink? Yuck! 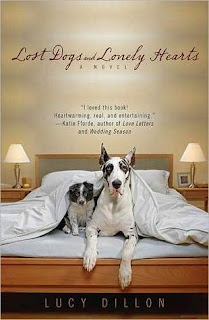 whereas this I would buy (although I'm possibly being lured in by the cutest of the dogs .... is that me contradicting myself??)

Is it just me? Anyone else feeling patronised?

Maria said…
No, it's not just you. For example, I have read unsticky by sarra manning with a different cover. I wouldn't buy it with the cover you show in your blog. Covers are important sometimes but don't stress about it. Books are books... I have some without covers because they are soooooo old :)

Raimy from Readaraptor Hatchling said…
no its not you, I am always put off those books… many of Celia Aherns are like that and it really bugs me because they are so good but the covers make them look all feminine and light anf fluffy… I am fully aware they are feminine but they are not light or fluffy in many cases!
4 January 2013 at 23:46

Kat said…
You are not alone - I won't even pick up books with these kind of covers in a bookstore - and it's not that I hate cute girly reads (on cold winters days or on holidays they can be fun reads!), but the cartoonish covers scream 'fluff' and I'm embarassed to be seen with them!

Nina @ Death, Books, and Tea said…
Not just you! The book itself may be fine, but the use of pastels is essentially shorthand to say "this is romancy, not much action, not something that would interest me". So I wouldn't even consider it.
10 January 2013 at 23:28