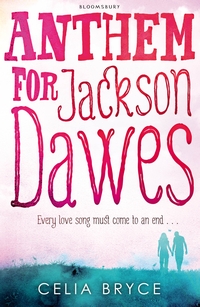 When people ask me where do your ideas come from? I can’t really answer except to say that my characters come first, never the place or the situation they find themselves in. I see them before anything else then the ideas seem to grow from them. So for this series of blogs about writing guess where I’m going to start!

In any of my stories the characters have to appear real and not like planks of wood or lumps of clay. They’ve got to walk and talk, live and breathe, laugh and cry, even though they’re just made up characters.

Megan and Jackson are made up characters. They’re not based on anyone at all. Megan came first. Though when I started the story eleven years before it was published, Megan was a boy and I think I called him Josh.

I write a lot of stories told through the eyes of boys. These are printed in the sort of magazine you mums or grandmas might read, or might listen to on the radio. They can be anything between 1000 and 8000 words but mainly they’re around 2000. The trouble is I couldn’t make Josh feel as if he was real enough for the length of a novel, but once he became Megan I could.

By the way, I still don’t know what Megan looks like except that once she had lots of long brown hair and then she had no hair at all and wore wigs. I don’t know if she has freckles or what colour her eyes are. I do know that once she was athletic –she played football for the school, she trained regularly – and she enjoyed PE – so perhaps you can build up your own picture of her.

Exact details about looks aren’t always necessary. Sometimes it’s nice to concentrate on the most important part of a character’s appearance. For me, it was Megan’s hair. I could have said that it was long and brown hair and it’s important to know this. Megan’s hair is the thing that defines her, it’s part of her personality.  But instead of just telling you that she had long brown hair, I wanted you to feel every strand of it, to see the colour of it, feel the importance of it, to smell the shampoo and conditioner that Megan washed it with. So I left it until Jackson was trying to cut it all off, until the chopped off pieces landed on the floor, until Megan herself examined those pieces and saw for the first time that her hair wasn’t just brown at all. There were strands of red and gold, dark brown and light brown. I spent some time and some words on the description, slowing down the action, so that I could try to understand what it meant to lose it all.

It was an entirely different process when I was writing about Jackson. I wanted you to see what he looked like and to know what Megan saw; why he was so absolutely gorgeous; why everyone really loved him. I wanted you to know him. But because I was telling the story using a single viewpoint, I didn’t want to switch and have Jackson’s thoughts interfering with the story, yet I still needed to make him as strong and real as Megan. So his looks and actions, his words and facial expressions were vital, in fact everything about him that Megan could possibly see or feel built up a picture of him.

Using these techniques, making my characters laugh and cry, walk and talk, and in Megan’s case think and wonder about things, I began to care for them.  This is crucial. If I can’t care about my characters then I can’t expect anyone else to.

Faye (Daydreaming_Star) said…
I completely agree. My characters are usually the first things that appear as well. Then they get shaped, and molded, they tell ME who they are and what they're like and from that I place them in situations and let the writing go from there.

In one book I wrote, I wanted one of my characters to be the gay best friend, but as I wrote him and he became real, it was easy to see that he wasn't anywhere near close to being gay, he hadn't wanted to be and he ended up being the love interest/best friend. And it was brilliant.