Changing the genre – adding fantasy to a classic 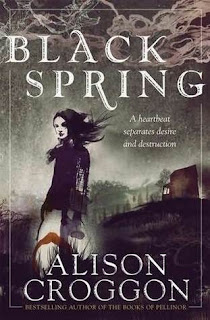 When I first, rather shyly, starting writing fantasy in 1999, I was surprised by the unexpected enthusiasm of my first reader, my husband Daniel Keene. He is a serious playwright, and unlike me had never been in the least interested in genre literature. I’ve read genre novels as well as “serious” literature all my life, but Daniel was a purist; he had never read a fantasy novel until he read mine. I’m proud to say that as a result, these days he is much more well-rounded.

In any case, he turned out to be the best first reader. He demanded new chapters impatiently. He’d listen for hours while I rambled on about what I was writing. He came up with all sorts of impossible plot suggestions, cheerfully nodding when I told him they were no use at all, and permitted me to pick his brains on the minutae of dramatic structure, at which he is an expert. And when I expressed astonishment at his unexpected interest, he said, well, it’s just like any other kind of writing: every book has to create a reality.  It’s just more obvious when you are inventing a different world.

This is the seductive thing about writing a novel: whether it’s a story that faithfully represents the world as we know it in every detail, or the most mind-bendingly strange speculative fiction, you are creating a world that you hope will live in a reader’s imagination.  The only tool you have is your words. The rest is a matter of differing sensibilities, differing experience, differing tastes.

I like writing fantasy because it gives me a lot of freedom. I don’t have to be beholden to history as it is: I can make up my own. Maybe what interests me most of all about writing stories is the the power of their underlying metaphors. Emily Bronte’s Wuthering Heights is a story about many things, but it is also a metaphor about the peril of obsession, how love can be indistinguishable from hatred. I was interested in adding a few metaphors of my own: in particular, how sexism can limit or destroy the possibilities of women, and how those kinds of oppressions are bound up with the economics of class.

I wasn’t interested in writing a Mr-Darcy-meets-Zombie-Vampires mash-up. For me the fantasy elements had to be more than an add-on; they had to be part of the metaphorical flesh of the book I was writing. They had to be at its heart. Adding magic, as an analogue of personal and social power, seemed like an obvious step, and I guess the rest unrolled from there. Once you begin to create a new reality in a book, it generates its own imperatives and logic as you write. Then it’s a matter of keeping faith with all the details of your imagination. And as Daniel said, this is true of every book ever written.