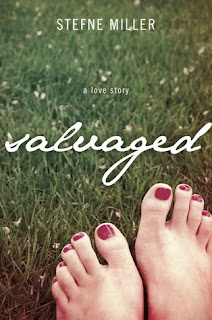 'My body was being torn apart, and my stomach felt as if it exploded. The pain was excruciating, and I was aware that I was dying... 'Mom?' My vision was murky, but I could see her face. It was bloody, and her eyes were large and full of fear. Her voice calmed. 'Get out of the car, Attie.' Her words sounded crisp and clear. I looked into the backseat in search of Melody and found her lying covered in blood in a twisted heap on the floor. I turned my attention back to my mother and out of the corner of my eye saw fire. 'Get out, Attie!' 'Mom?' Everything went dark.' Attie Reed should have died in the wreck that stole the lives of her mother and best friend. But her life was spared. Why? When Attie moves to Oklahoma to stay with the Bennetts for the summer, she hopes she has left her nightmares behind. But her battle is far from over, and Riley Bennett steps forward to help her fight the nighttime monsters. As the battle wears on, Riley begins fighting monsters of his own: his feelings for Attie. And Attie realizes she must begin to face the monsters of the night herself if she wants to conquer them for good. Can Attie's life be Salvaged?


*****
First of all I must admit, had I realised this book was Christian YA I probably wouldn't haven't bought it. That would have been a shame as I really enjoyed this book.

The story is about a young girl who was a survivor of a car crash that killed her best friend and her mother. In it you see her move in with friends of the family and follow her story as she settles into the new household and falls in love.

The story is very very sweet. You can see the Christian influences throughout. I am not religious so I wasn't really into all of the Christian references and often flicked through the parts where Attie was talking to Jesus but that wasn't really a problem, just not really my thing.

I liked the character of Attie she was very lovely despite all what she'd been through and you felt for her a lot as she certainly did go through it a bit. I loved Riley as a character. He is absolutely gorgeous especially in the way he treated Attie.

The book is very Christian which meant there was no swearing, no unmarried sex or drinking or even anyone being very nasty to each other (even the girl who was the 'bitch' of the piece said a few nasty words and ignored Attie). While I think it was quite unrealistic in this day and age it was nice to read something which didn't include those things (unlike a certain Ms Cast who thinks those things are a vital ingredient for any YA novel - even if there is no plot). The author has also made a huge effort to be hip and quoted a variety of pop culture references (including twilight)

So overall - I didn't love all of it as it was a bit too religious for my liking but I did enjoy it quite a lot and it is certainly worth a read.
If you want a signed copy of this book for yourself go to www.stefnemiller.com  where the author herself is selling them