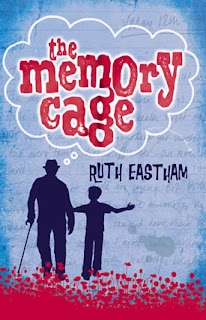 Alex's Grandfather keeps forgetting things. Desperate to help him remember, Alex starts collecting old photographs. Bust as Alex digs into his grandfather's past, he stumbles across secrets that have been buried since World War II. Uncovering the truth could save Grandad ... but it might also tear Alex apart


***
I wasn't sure what to expect when I received this book but I was drawn to it initially because it was compared to Michael Morpurgo's work in its style. While it's wise on some occasions to take such comparisons with a pinch of salt in this particular case it was totally justified. The story is both beautiful and multi-faceted.

What I liked about this book is that even though it is aimed a a younger teenage audience it deals with a few issues in an accessible way. The first issue it deals with is adoption and how a child who has been introduced to a family might cope with such a situation. I can't say I've seen this done in any other title. I liked that the boy in question wasn't a nightmare tearaway nor was he perfect and I thought the portrayal was realistic and heartfelt. The book hinted on issues sounding refugees and the impact of the reasonably recent atrocities in Bosnia giving the readers in insight to what happened from a personal perspective. I liked that it was highlighted as it is an event in our more modern history that is overlooked. The story also dealt with the impact of Alzheimer's on both the suffer and their family which was done in a sensitive way. Finally the author brought in ideas about the nature and morality of warfare and the impact participating in conflict had on the people involved, focusing in particular on the events surrounding Dunkirk.

Not only did the author address all these issues and do so in a sensitive way the story that held it all together was wonderful. I loved the relationship between Alex, the main character, and his grandfather and was totally absorbed in Alex's quest to help his grandfather with his memory and play detective and piece together his family's history. I loved how the story flowed and how the author weaved all the threads together.

An awesome read from a UK debut author and well worth a look especially if you have previously enjoyed the work of Murpurgo.

Thank you Scholastic for sending me this copy for review

The Newbie Novelist said…
Hello Kirsty,
This is Amanda- I jumped over to check out your blog, very swanky! This sounds like an interesting read. My grandmother suffered from dimentia- and we have Alzheimers in my family, so I really would like to read this. You are in the UK! Very cool. My best girlfriend and I are staying in England for three weeks this summer! We are renting a car and staying in a cottage in the Cotswolds for a week, then up to a cottage outside of York for a week, then road-tripping down the eastern side of England and ending in London for 4 days. I am BEYOND excited about my dream vacation. (And will be penniless because of it for years to come) Since we are both teachers, we are hitting up all the literary sites Austen, Bronte, Shakespeare, C.S. Lewis, Hardy, Beatrix Potter, (Harry Potter- for me) I can't wait!
3 January 2011 at 02:23

iffath said…
Fantastic review, Kirsty! Really looking forward to reading this one, glad you liked it!!
3 January 2011 at 12:28