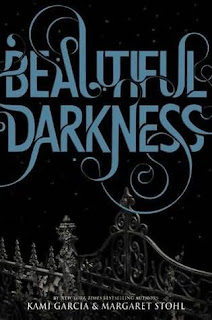 Ethan Wate used to think of Gatlin, the small Southern town he had always called home, as a place where nothing ever changed. Then he met mysterious newcomer Lena Duchannes, who revealed a secret world that had been hidden in plain sight all along. A Gatlin that harbored ancient secrets beneath its moss-covered oaks and cracked sidewalks. A Gatlin where a curse has marked Lena's family of powerful supernaturals for generations. A Gatlin where impossible, magical, life-altering events happen.

Together they can face anything Gatlin throws at them, but after suffering a tragic loss, Lena starts to pull away, keeping secrets that test their relationship. And now that Ethan's eyes have been opened to the darker side of Gatlin, there's no going back. Haunted by strange visions only he can see, Ethan is pulled deeper into his town's tangled history and finds himself caught up in the dangerous network of underground passageways endlessly crisscrossing the South, where nothing is as it seems.

After finding this book a little hard to get into I did enjoy it, definately one to stick with (it might also help if you've read book one reasonably recently).

The main thing I like about this series is that it is told for a male point of view which I think it reasonably unusual for a YA book. Ethan is an awesome character who you can't help but warm to. The book picks up directly where the last book left off. You see Ethan trying to keep Lena together after all what happened on her birthday and you feel for him because she really isn't helping herself at all. The first chunk of the book it was like you weren't seeing Lena at all but a completely different character and I for one spent most of it willing her to pull herself together and feeling for Ethan even more. As I said to start with the first part of the book is very slow and I found myself questioning an awful lot of what was actually going on because it all seemed a bit weird to me. It wasn't until about half way through when a revelation was made about Lena that everything else I had just read clicked into place and I started to understand why it had been written the way it had.

Without giving away too much once I hit this point I really started to enjoy that book for a variety of reasons. Firstly there are a whole host of secondary characters both old and new who pop up constantly and are brilliant for a variety of reasons. Particular favourites of mine were Ridley and a new character Liv. I also love the character of Lucille Ball (the cat) and was pleased that there was something more to her than what she initially seemed as I was continually fascinated with her. I enjoyed the scenes in the tunnels which I thought were well written and added and creepy dimension to the book. I also loved the story line involving Macon and his relationship with Jane (I won't spoil it for those of you who haven't read it but it is awesome to say the least). The final resolution (well the resolution for the time being) was good, although once again we are left on a cliffhanger not really sure which way things are going to eventually fall.

Definately a slow burner which you need to stick with. When things finally do click in place they really make sense of what has just happened. Certainly one to seek out if you enjoyed the first book.