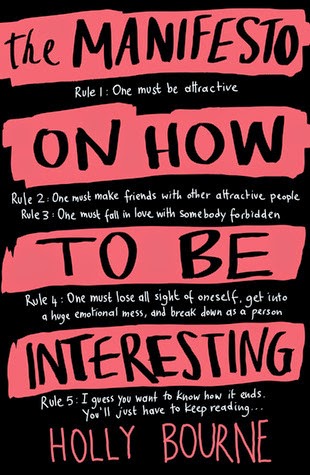 Apparently I'm boring. A nobody. But that's all about to change. Because I am starting a project. Here. Now. For myself. And if you want to come along for the ride then you're very welcome.

Bree is a loser, a wannabe author who hides behind words. Most of the time she hates her life, her school, her never-there parents. So she writes.

But when she’s told she needs to start living a life worth writing about, The Manifesto on How to Be Interesting is born. Six steps on how to be interesting. Six steps that will see her infiltrate the popular set, fall in love with someone forbidden and make the biggest mistake of her life.

I really enjoyed Holly's first book. Non Pratt has already said she is enjoying it which is enough of an endorsement as I'll ever need 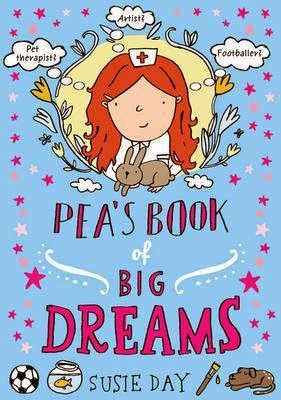 Eleven-year-old Pea and her wonderfully wacky family are back for their second adventure in this fabulously funny series.

After securing herself a best friend and settling into London life, Pea is now contemplating her future and what exactly she should be when she grows up. Should she be a writer (like Mum)? An artist (like their crazy new au pair Klaudia)? A footballer? A pet therapist? Join Pea as she attempts to find out the answers - with hilarious results!

I only just discovered this series in the last week after receiving the first book as a present. It is just the best and I cannot wait to carry on with the series 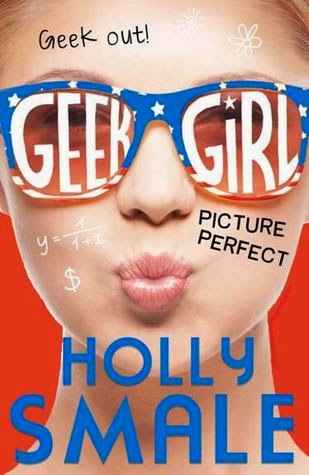 "My name is Harriet Manners, and I'll always be a geek."

It's the hilarious third book in the No.1 bestselling, award winning GEEK GIRL series!

But she knows nothing about modelling in the Big Apple, and how her family will cope with life stateside. Or how to "become a brand", as the models in New York put it. And, even more importantly, what to do when the big romantic gestures aren't coming from your boyfriend...

Does geek girl go too far this time?

Yes I know this has been out a while but my copies of book 1 and 2 are paperback so I am not going to buy this is hardback as it won't match and I hate reading on kindle so not going down that route either. Counting down the days to the paperback release

Vicky @ A Backpack Full of Adventures said…
I've been meaning to pick up the Geek Girl series for a while - I've seen these books a lot on people's blogs and so many people recommended them. Can't wait to read them!
25 July 2014 at 21:37

Jesse Owen (Reading to Life) said…
These all sound brilliant - and I'm sure you'll love Picture Perfect when it's published in paperback :)
28 July 2014 at 13:21