The person who has the most books wins right? Rats, so I don't win. I've given away a lot over the years and attempted to keep their numbers under control. Somehow, even with the introduction of ebooks my physical shelves continue to creep all over the place.
Starting in the kitchen. 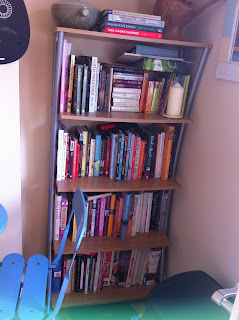 These are cookbooks. All of them. For someone who has basically three recipes she lives on you might think this is excessive, but a kitchen needs more cook books than it can hold, otherwise you can't look at all the things you never cook.
Staying Downstairs. 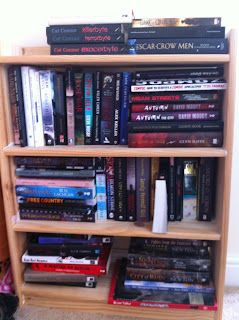 The signed books. Most of these are people I have met at least once, some I know reasonably well now, many of them are associated to such and such an event. 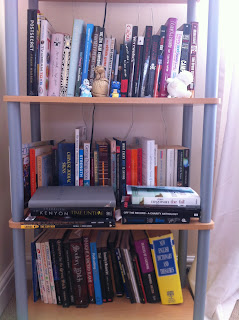 Non fiction, except for the stuff just dropped on it, these are mainly reference and coffee table books. 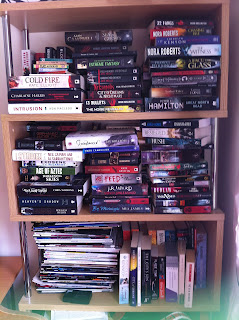 In the office, lots of stuff all just jumbled up. Of course I know longer have any idea what I do or don't have. 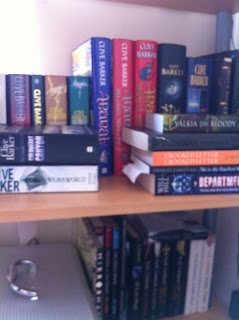 Gaiman and Barker. Nuff said I think.
Upstairs then, in the corridor 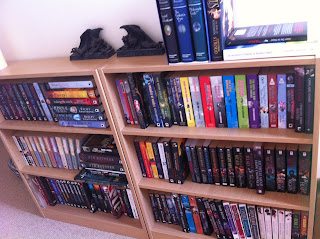 This lot is pretty much urban fantasy series and remains from last time I attempted to organise my books. I gave up some time ago and often have to just scour the house now. 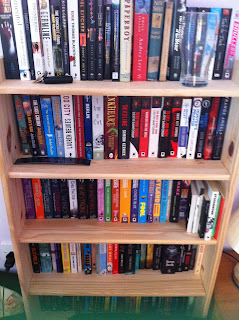 In the guest room an eclectic mix to ensure there is something for anyone  who stays there, anyone who knows me is likely to find something they can read. 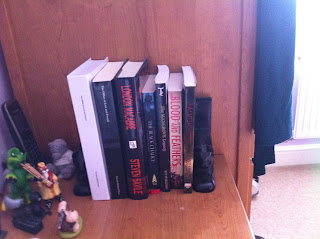 The Vanity Shelf. Eventually I plan to see hard copies of all the Fox Spirit books there, for now it's books i'm acknowledged in, which still pleases me so much!
Finally, the rest of the shelves all jumbled up, double stacked, fitted in as best I can. Oh and some stacks. 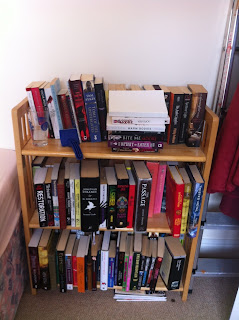 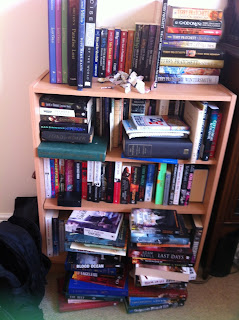 Angela's Anxious Life said…
Love to look at different bookcases. I can't believe how many cookbooks you have!