The story behind Rebecca Newton by Mario Routi

February 23, 2015
I am delighted today to have a guest post from author Mario Routi to coincide with the release of the second book in the Rebecca Newton Trilogy and to be able to offer you the chance to win a Kindle. 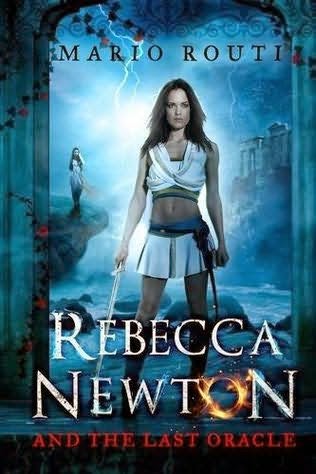 In the second instalment of the epic Rebecca Newton trilogy, the reader is once again transported to the mythical and mysterious Land of the White Sun. Princess Leylah, daughter of Rebecca Newton and King Turgoth, is growing up and so is her power to foresee future events.

Leylah has discovered that she is the Oracle, and contains gifts of unimaginable influence. She may be, but Leylah hasn’t escaped typical teenage growing pains – when she meets the handsome and charismatic Alexander, son of the noble Lady Felicia and Lord Leiko, the chemistry is undeniable. Leylah finds herself falling for Alexander, but does he feel the same? While Leyah battles with her feelings, dark forces are at work elsewhere. The Titans are amassing an army, an army big enough to take over Earth. All they need is the Sacred Flame to enable them to send their evil plan spiralling into action. To make matters worse, Zeus and the other Gods are unaware of their enemies’ plans.

Leylah, Rebecca, Bull the Minotaur and their friends face their greatest challenges ever in the Land of the White Sun and Tartarus, where they will need to go on a perilous quest - a matter of life and death for their loved ones and life as they know it. Will the newly discovered Oracle of Utopia be able to uncover the plans in time to save all the worlds?

An explosive collision between Good and Evil...A never-ending conflict...A romance that becomes lethal...A duel that will determine the future of all the worlds. This epic novel will appeal to fans of Rick Riordan’s Percy Jackson and the Olympians series and George R.R Martin’s epic world building in his Game of Thrones novels

Author Mario Routi has written a guest post about the story behind Rebecca Newton ....

Years ago, during an evening at a well known restaurant where I was with friends, I was approached by an old man who said he had been looking for me for days. I didn’t know him and was very surprised – at first I thought my friends were playing some kind of joke on me! He started asking me things about my first book, Orizon, saying that he was sure that he knew where parts of my fantasy world had come from.  He then started telling me that the fictitious world I had built up in my book was real, that he’s been there, that I should go too and that he was willing to take me. I was sure that the whole thing was some kind of a prank, but then the old man gave me his card and told me to call him. I saw his name - he was a famous explorer of mystery phenomenons.

I decided to call him and hear more of what he had to say and so we met. In the meeting, there was another man present, he was a Colonel in the Greek army. He started telling us a story of being on the Mountain Olympus with the old man, about how they went into a cave and at the end of the cave a mysterious fog covered the rocks.  Behind it, the man claimed, a whole world existed. People were living in another realm, he said,  walking around in Ancient Greek style clothes, going about their daily business. The old man encouraged him to throw a stone towards the fog-covered rocks and so he did, using all his power, but the stone only flew a meter before falling on the floor, as if it hit an invisible wall. The old man told me that behind this invisible wall is the world that I wrote about, the Land of the White Sun, which is a parallel dimension and many mythical creatures live there; including centaurs and minotaurs and flying horses.
Of course, I didn’t believe him, and passed him ramblings off as those of a mad-man, but what if he had been right, I began to think. What if there was a parallel world beyond the rocks. For years, fantasy authors have used the trope of the parallel universe:  Tolkien, Lewis and Julius Vern to name a few.  The old man died a few years later and I never saw the military man ever again.  I have, on several occasions, gone to the place in the mountains where they said the cave lay, but I couldn't even find the cave.

So what came out of this encounter? Well I’ve certainly taken elements of what the old man described and worked them into the world of Rebecca Newton. I am as inspired today to write about The Land of the White Sun as I was all those years ago, and I only hope people reading my books enjoy entering my fantasy land as much as I enjoyed writing it! 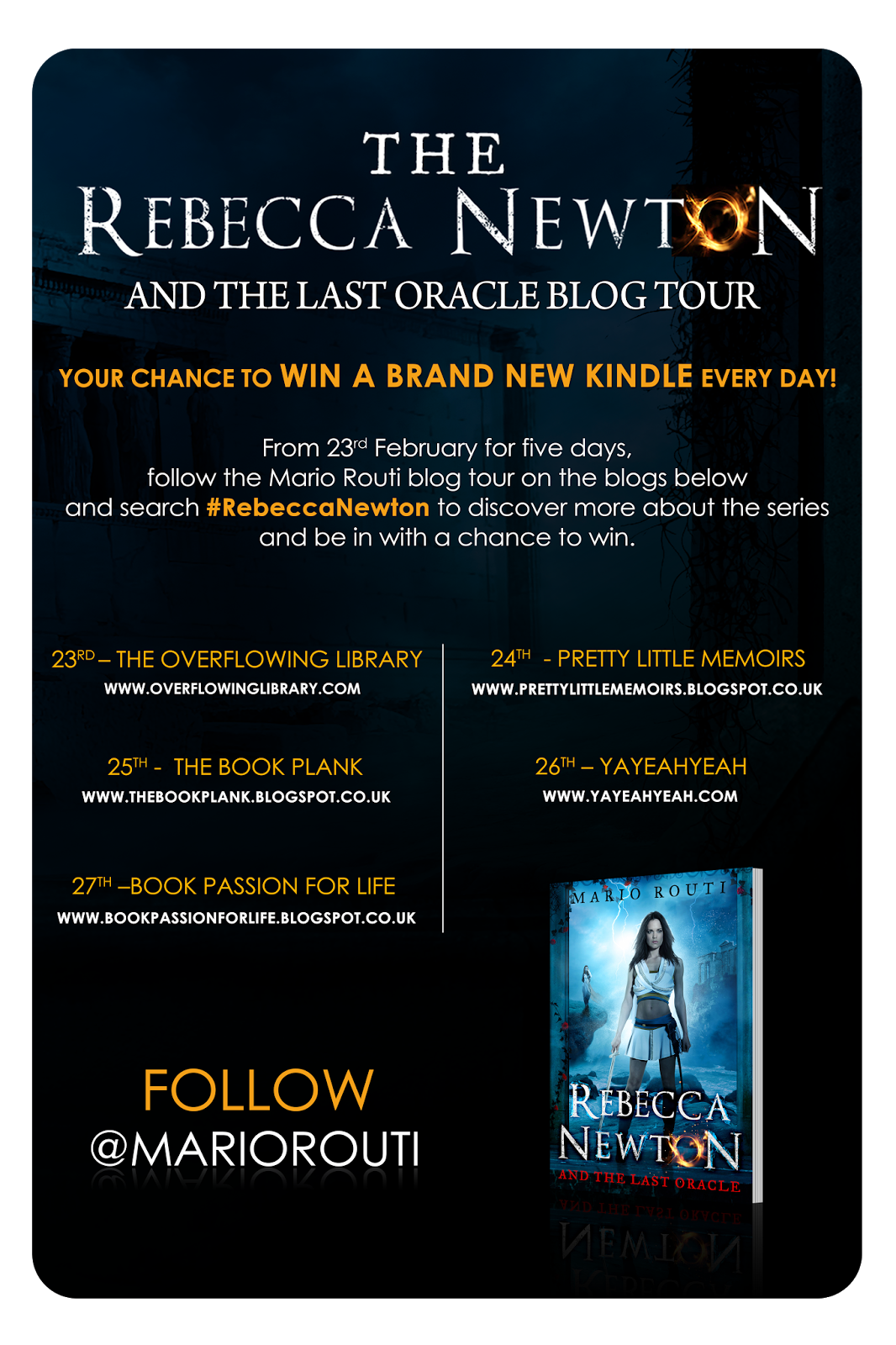 To celebrate the publication of Rebecca Newton and the Last Oracle, I have a brand new kindle and a copy of the book to give away to one lucky reader.

To be in with a chance of winning, simply tweet your answer to the following question to @overflowingklc and @MarioRouti using the hashtag #RebeccaNewton:

‘If you were granted one superpower, what would it be?’

Yani said…
I tweeted on Twitter! Cool post. It's rare for me to read such behind the scenes. I can't wait to read this book. :)