Fifteen books I want to read in 2015: By Catherine Doyle 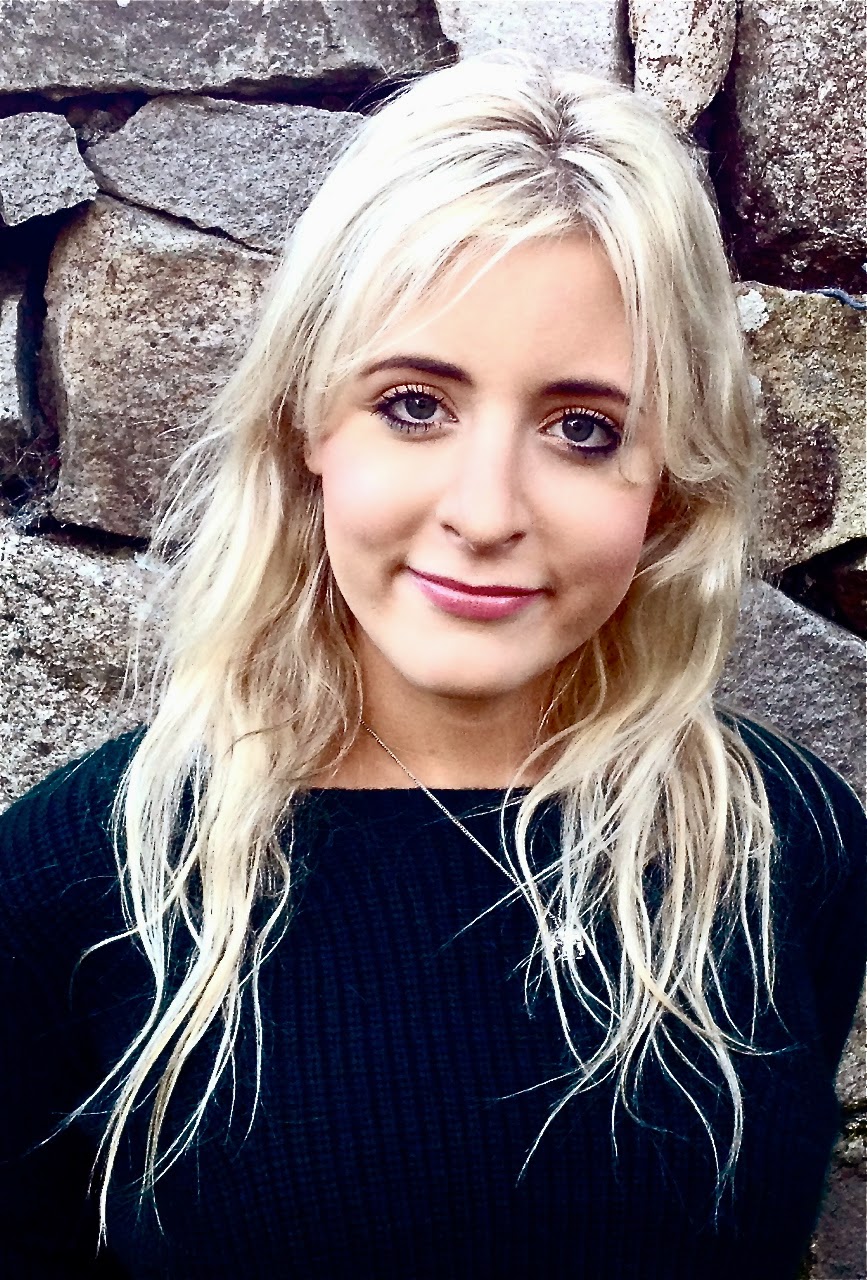 Here is an oh-my-god-I-need-this-in-my-life-right-now compilation of books being published in 2015.

1. Hook’s Daughter by Heidi Schulz (US version: Hook’s Revenge):
“Captain Hook's feisty daughter hits the high seas to avenge her father's death at the jaws of the Neverland crocodile.”
Eh, I’m sorry, book, but could you be more awesome? I don’t usually read MG but when an exciting plot calls out to me, who am I to ignore it? This one is no exception.

2. Red Queen by Victoria Aveyard
“A sweeping tale of seventeen-year-old Mare, a common girl whose once-latent magical power draws her into the dangerous intrigue of the king's palace. Will her power save her or condemn her?”
Well? Will it? I don’t know but I’m sure as hell going to find out. I’ve been anticipating this for what feels like a hundred years so I can’t wait to get my hands on it.

3. A Court of Thorns and Roses by Sarah J. Maas.
“A thrilling, seductive new series from New York Timesbestselling author Sarah J. Maas, blending Beauty and the Beast with faerie lore.”
I’ve said it before and I’ll say it again, I would read Sarah J. Maas’ shopping lists. She is an insane talent with incredible world-building skills. As the author of one of my all-time favourites series, she definitely deserves a place here.

4. An Ember in the Ashes by Sabaa Tahir
“Set in a terrifyingly brutal Rome-like world, An Ember in the Ashes is an epic fantasy debut about an orphan fighting for her family and a soldier fighting for his freedom. It’s a story that’s literally burning to be told.”
The second this book is released there will be a cloud of dust where my body was, and I’ll be in the nearest book shop buying it. I have a feeling I’m going to adore it.

5. The Wanderers by Kate Ormand
“A story about a sixteen-year-old traveling with a shapeshifter circus, and a betrayal in camp that threatens the lives of them all.”
Kate is a fantastic person so it’s no surprise the premise for this novel is equally wonderful. I cannot wait to get my hands on it!

6. We All Looked Up by Tommy Wallach
“Four high school seniors put their hopes, hearts, and humanity on the line as an asteroid hurtles toward Earth in this contemporary novel.”
I’ve been looking forward to this since I saw the epic cover and heard some of the original songs penned by the author to go along with the book. Everything about this upcoming release is so fresh and exciting.

7. The D’evil Diaries by Tatum Flynn
“Twelve-year-old Jinx is hopeless at being evil. Which is a bit of a problem when you're Lucifer's youngest son. But when Jinx runs away from Pandemonium, the walled city he's lived in all his life, he bumps into dead girl Tommy - who's been sent to Hell for accidentally feeding her nasty uncle to a circus lion - and unearths a conspiracy that could up-end the entire underworld.”
Another MG novel with a lot of promise, I have a feeling this is going to be a hilarious read. I’m really looking forward to seeing how Lucifer’s son comes across in this… because, y’know, his dad is the freaking devil!

8. This Monstrous Thing by Mackenizi Lee
“A reimagining of Frankenstein set in an industrialized 1818 Geneva, where a teenage mechanic must rediscover the line between man and monster after he uses clockwork to bring his murdered brother back from the dead.”
I love a good reimagining of a classic story, and there’s just something so original about this version that makes me antsy to delve into it.

9. The Accident Season by Moïra Fowley-Doyle
“The accident season has been part of seventeen-year-old Cara's life for as long as she can remember. Towards the end of October, foreshadowed by the deaths of many relatives before them, Cara's family becomes inexplicably accident-prone. They banish knives to locked drawers, cover sharp table edges with padding, switch off electrical items - but injuries follow wherever they go, and the accident season becomes an ever-growing obsession and fear.”
Moira is a fellow Irish author, and we share the same agent at RCW, which means I’m most definitely going to read this when it comes out. Of course, it helps that the premise is so intriguing. I mean, an accident season? Come on. How can I not read this?

10. Weightless by Sarah Bannan
“Before Carolyn Lessing arrived, nothing much had ever happened in Adamsville, Alabama. All Carolyn’s social media could reveal was that she had moved from New Jersey, she had 1075 friends – and she didn’t have a relationship status. In beach photos with boys who looked like Abercrombie models she seemed beautiful, but in real life she was so much more. She was perfect. This was all before the camera crews arrived, before it became impossible to see where rumour ended and truth began, and before the Annual Adamsville Balloon Festival, when someone swore they saw the captain of the football team with his arm around Carolyn, and cracks began to appear in the dry earth.”
The cover for this novel is STUNNING and the story promises a different take on high school, friendship and bullying. PLUS, it’s narrated in the collective first person by a group of girls at the high school where the story takes place. I love different narrative techniques and this one is right up my street.

11. Arsenic for Tea by Robin Stevens
“Schoolgirl detectives Daisy Wells and Hazel Wong are at Daisy's home, Fallingford, for the holidays. Daisy's glamorous mother is throwing a tea party for Daisy's birthday, when one of their party falls seriously, mysteriously ill - and everything points to poison. With wild storms preventing anyone from leaving, or the police from arriving, Fallingford suddenly feels like a very dangerous place to be. Not a single person present is what they seem - and everyone has a secret or two. And when someone very close to Daisy looks suspicious, the Detective Society must do everything they can to reveal the truth . . . no matter the consequences.”
I loved the first book in this MG detective series – Murder Most Unladylike was so charming and fun, and I have high hopes for the sequel.

12. The Girl at Midnight by Melissa Grey
“Beneath the streets of New York City live the Avicen, an ancient race of people with feathers for hair and magic running through their veins. Age-old enchantments keep them hidden from humans. All but one. Echo is a runaway pickpocket who survives by selling stolen treasures on the black market, and the Avicen are the only family she's ever known. Echo is clever and daring, and at times she can be brash, but above all else she's fiercely loyal. So when a centuries-old war crests on the borders of her home, she decides it's time to act.”
The Girl at Midnight has been likened to Laini Taylor’s Daughter of Smoke and Bone, and that really is all I need to hear. I absolutely loved that series and if this is anything like it then I’m all in! Gimme gimme!

14. Mosquitoland by David Arnold
“A story of the difficulties we face and the strength we find to overcome them. For those who loved LITTLE MISS SUNSHINE, THE FAULT IN OUR STARS, and JUNO. Brutally honest and habitually snarky, Mim Malone lives in a medicated milieu with her dad and new stepmom. But when Mim learns that her mother is sick, she must confront her own demons on a thousand-mile odyssey that will redefine her notions of love, loyalty, and what it means to be sane.”
This sounds quirky and charming, and has been receiving rave reviews from both trade and early readers. It’s going to be a good ‘un. I can feel it.

14. The Wrath and the Dawn by Renee Ahdieh
“The book, the first of a duet, is a reimagining of The Arabian Nights, where the wits of one girl are the only thing standing between a vulnerable kingdom and its ruthless boy-king…”
Billed as a “sumptuous and epically told love story”, this book has me hooked already. I read the first chapter on bustle.com and fell in love with the world and the beautiful narration.

15. The Witch Hunter by Virginia Boecker
“The Witch Hunter is set in an alternative 16th-century London, in which the only girl in the king's elite group of witch hunters, Elizabeth Grey, is framed for being a witch herself, finding freedom at the hands of the world's most wanted wizard… As she's thrust into the world of witches, ghosts, pirates, and all-too-handsome healers, Elizabeth is forced to redefine her ideas of right and wrong, of friends and enemies, and of love and hate.”
This has been billed as Shadow and Bone meets The Tudors, which is a magic combination and a definite reason to go buy this when it’s released later this year. *grabby hands*

I also already read a few INCREDIBLE 2015 novels last year, and will most definitely be running out and buying the following titles when they’re released: The Sin Eater’s Daughter by Melinda Salisbury, The Next Together by Lauren James, The Conspiracy of Us by Maggie Hall and The One Thing by Marci Curtis. 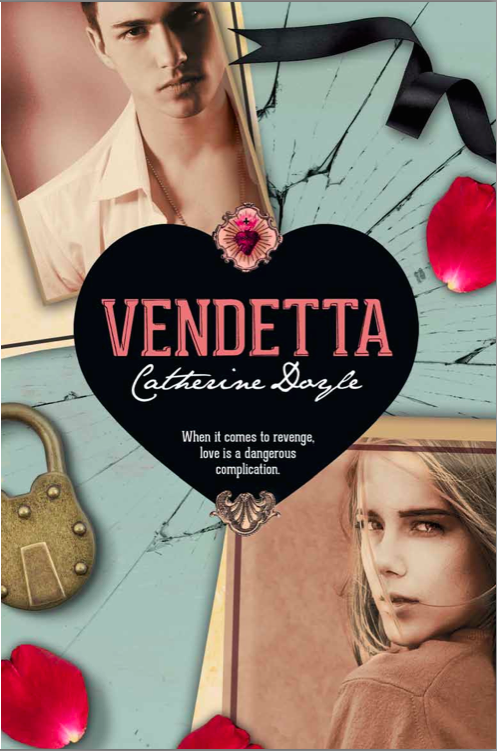 Vendetta by Catherine Doyle out now in paperback (£7.99, Chicken House). Find out more about the author at http://catherine-doyle.tumblr.com and http://www.catherinedoylebooks.com.