August 03, 2018
I haven't had huge amounts from the library over the past few months but I have read some real crackers. Here are the highlights of the books I've borrowed and read.

The Pants Project by Cat Clarke 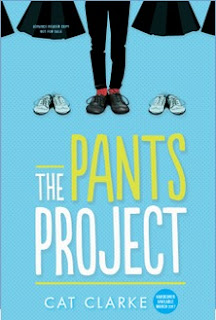 Whoever wrote the uniform policy decided (whyyy?) that girls had to wear skirts, while boys were allowed to wear pants.

I bet I read those words a hundred times during summer vacation. The problem wasn’t the last word in that sentence. Skirt wasn’t really the issue, not for me.
The issue was the first word. Girls.

Here’s the thing:
I may seem like a girl, but on the inside, I’m a boy.

I really enjoyed this book and what it had to say about gender stereotypes. Thoughtful and sweet and definitely recommended. 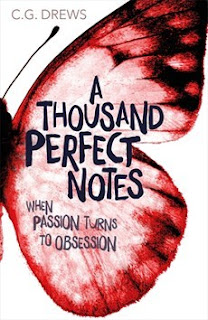 An emotionally charged story of music, abuse and, ultimately, hope.

Beck hates his life. He hates his violent mother. He hates his home. Most of all, he hates the piano that his mother forces him to play hour after hour, day after day. He will never play as she did before illness ended her career and left her bitter and broken. But Beck is too scared to stand up to his mother, and tell her his true passion, which is composing his own music - because the least suggestion of rebellion on his part ends in violence.

When Beck meets August, a girl full of life, energy and laughter, love begins to awaken within him and he glimpses a way to escape his painful existence. But dare he reach for it?

This book made my heart ache as I followed Beck's story and saw the way he was treated at home. Beautifully written and utterly heartbreaking 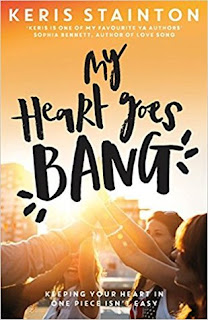 Gemma, Lou, Issey, Liane and Paige are determined to make the most of this second year at uni. They want to have fun, but they want to focus on work. There's no time for relationships. Except with each other. And even that's not guaranteed. Gemma and Lou have always been close, but there's tension between Issey and Liane, and none of them even knows Paige all that well.

But when Gemma finds a magazine article with a list of men they should date before they're 21 (someone who's been on telly? Check; someone who's got tatoos? Check;) they vow to complete the list before finishing university and set about it with a lot more enthusiasm than they do their studies ... but will any of them end up with a full house? And when a secret from their first year comes out, it looks as if some of them might not be completing university, never mind the list ...

MY HEART GOES BANG is about lectures, essays, hangovers, and flatmates; it's about found families, finding yourself, and falling in love with people you never expected to fall in love with.

I loved this book. It's older YA and everything I wanted from a book when New Adult books arrived on the scene and turned out to be a real disappointment. I can't wait for more from Keris

The Death of Mrs Westaway by Ruth Ware 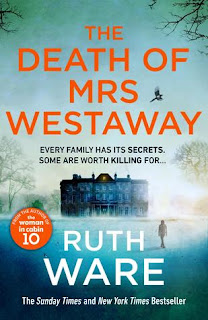 On a day that begins like any other, Hal receives a mysterious letter bequeathing her a substantial inheritance. She realizes very quickly that the letter was sent to the wrong person—but also that the cold-reading skills she’s honed as a tarot card reader might help her claim the money.

Soon, Hal finds herself at the funeral of the deceased…where it dawns on her that there is something very, very wrong about this strange situation and the inheritance at the center of it.

Full of spellbinding menace and told in Ruth Ware’s signature suspenseful style, this is an unputdownable thriller from the Agatha Christie of our time.

If you want an awesome thriller that'll keep you hooked look now further. I loved it.

The Bookshop Girl by Chloe Coles 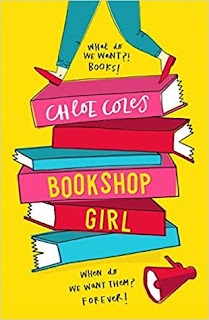 Bennett's Bookshop has always been a haven for sixteen-year-old Paige Turner. It's a place where she can escape from her sleepy hometown, hang out with her best friend, Holly, and also earn some money.

But, like so many bookshops, Bennett's has become a 'casualty of the high street' - it's strapped for cash and going to be torn down. Paige is determined to save it but mobilising a small town like Greysworth is no mean feat.

Time is ticking - but that's not the only problem Paige has. How is she going to fend off the attractions of beautiful fellow artist, Blaine? And, more importantly, will his anarchist ways make or break her bookshop campaign?

Such a cute read. I am so pleased there's going to be a sequel. I love bookshop books and this was generally a little bit fab.