Opera: Passion, Power and Politics at the Victoria and Albert Museum

I am visiting the V&A. I’m a member, I’ve been coming for years, and I’m lost. How can I be lost? I’m an expert here. The Fashion gallery featured in my debut novel, Threads. Countless girls have visited the fabulous café off the courtyard on my recommendation. The V&A’s predecessor, the South Kensington Museum, features in Unveiling Venus,my next book. But the museum is ever-expanding. It has just opened up a new wing, and I don’t know where I’m going.

Galleries and museums used to scare me. When I was growing up, they were dark and dusty places, full of yellowing Old Masters and oddly-arranged exhibits in glass and mahogany cases, arranged in ways I didn’t understand. I felt that I should know more about them than I did. I was overawed, overwhelmed, and at the same time somehow bored. I associated them with school visits, clipboards and checklists. Now I love them. I’ve changed, but so have they.

I’m on my way to see the V&A’s new opera-themed exhibition. I like opera very much, but I’m not a super-fan – I love ballet more. I’m intrigued by the idea of it but I’m really here to see the new architecture of the Sackler Courtyard, the highlight of the new Exhibition Road Quarter, which was designed by Amanda Levete Architects cost £55 million to build.

Let us start by celebrating a senior female architect. There aren’t many of them about. One of the first, a nineteenth-century American, was called Sophia Bennett, by the way. For obvious reasons I am fond of her. But for just as obvious reasons (old-fashioned misogyny) my namesake would never have got a commission like this. Amanda Levete’s vision beat Daniel Libeskind’s to raise the money required to build it – about half whatLibeskind would have needed. From the moment you enter the piazza laid with 11,000 white porcelain tiles, every view is startling. I’m busy taking pictures of dramatic light shafts and sweeping staircases, to post on my Instagram feed. This visit is an adventure.

It doesn’t take long to find a sign pointing to the exhibition. Down one of those sweeping staircases, to a basement lobby where I’m handed a very expensive-looking pair of headphones. I put them on, curious. It turns out that as I walk through each room they automatically play appropriate snatches of music depending on where I’m standing. This has become an aural experience that I wasn’t expecting. (But it’s opera! So maybe I should have been.) It’s immersive and wonderful, as long as I don’t walk too fast.

I didn’t read up on the exhibition so I go with the flow. We start off in seventeenth century Venice, looking at foot-high wooden platform shoes, designed to help courtesans navigate flooded streets. This is where opera started. I’ve just set the first part ofUnveiling Venus in Venice, so I’ve been steeped in its history recently and this is gorgeous. I could stay in this room for ages. Then we’re off to eighteenth century London, where a mechanical stage recreates the impression of rolling waves, then on to Vienna, where we can look at one of Mozart’s original scores with his handwritten changes. Mozart’s actual writing! Mozart suggesting ideas and changing his mind! It’s as close as we will ever get to him, and a special moment. Meanwhile video screens around the room show Le Nozze di Figaro in action. My headphones play along.

I’ve learned to associate opera with the different cities that inspired it, but by now I’m tiring. This is when I remember the advice of my first proper boyfriend – Joe, an artist himself, who I dated in Venice and who taught me how to enjoy discovering art. ‘Don’t try and take everything in,’ he said. ‘Walk round it rather quickly and look out for one or maximum two things in each room that really catch your eye. Then start again, knowing what to expect, and go at your own pace. Only look at those one or two things. Ignore the rest.’ He probably kissed me after that bit. We would have walked through the long rooms holding hands. Then we would have gone back to our hotel for a siesta and whatever else you do when inspired by love and art.

But today I’m on my own so I just think about the exhibits. Instead of trying to absorb as much as possible, I try and focus on as little as possible. It really works. It enables me to focus better and remember more. I walk to the end of the exhibition, which gets increasingly modern, video-focused and conceptual, and realise there’s little in the second half to please me. But there are some lovely nineteenth century paintings by Manet in the middle, and a dress worn by Princess Josephine to a premiere that I happilyto come back to stare at for a while.

It’s not the greatest exhibition I’ve seen at the V&A. Without doubt, that was the McQueen extravaganza ‘Savage Beauty’ in 2015, which was a record-breaking tour de force selling nearly half a million tickets, following its equally successful opening at the Met in New York. The ‘David Bowie Is’from2013 was fabulous too. Both made use of technology and sound and were architectural, costume-led, wraparound experiences.

‘Opera …’ is not that, but I certainly know a lot more about the history of opera now, and those headphones were good at bringing some of the famous arias to life. It was worth the visit for the eighteenth century mechanical waves and the Mozart manuscript. And the surrounding architecture was as uplifting as I hoped it would be. The V&A is working hard on remaining one of the best design-led museums in the world, and I hope I encourage more of my readers to seek out its fashion galleries, cafes, courtyards and whichever other nooks and crannies might inspire them. 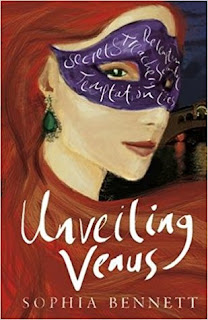 The queen of contemporary, Sophia Bennett, turns her hand to sizzling and sumptuous historical YA in the second of this swoonworthy series with a feminist twist.

In the gossip-fuelled world of Victorian London, Persephone Lavelle is the name on everyone’s lips. As Mary’s secret identity is exposed and rumours fly, she flees the scandal by escaping to Venice. Lost among the twisting alleyways and shadowy canals she encounters a mysterious, masked young man. He offers her the world, but at what price?

Glorious details bring the world of 19th-century Venice to life in Unveiling Venus, the sequel to Pre-Raphaelite YA romance, Following Ophelia. With masked balls, mysterious strangers and thrilling gossip, you won’t want to miss this dazzling adventure.

A whirlwind story of art, passion and underworld adventures that will enchant the reader, perfect for fans of The Luxeseries and A Great And Terrible Beauty. 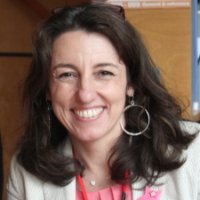 Sophia Bennett’s debut novel, Threads, won the Times/Chicken House Children’s Fiction Competition in 2009. She has since published six further novels for young teens, including The Look and Love Song. Sophia has been called ‘the queen of teen dreams’ by journalist Amanda Craig, for her exploration of the worlds of fashion, art and music. Her books have sold internationally to over 16 countries and there are plans to make Threads into a children’s TV series.