February 01, 2018
This month marks 100 years since women gained the vote. I have been fascinated by the suffragette and suffragist movement for many years and the sheer volume of suffragette books being published to tie in with the 100 year anniversary pleases me no end. Below are a selection of fiction and non fiction books featuring women of the suffrage movement that have been recently published or are about to be publisher that I can't wait to get my hands on. 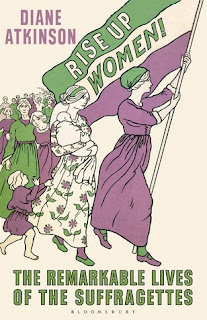 Rise up women. The remarkable lives of the Suffragettes.

Almost one hundred years ago, British women led a hard-fought campaign to gain the right to vote—and this is their story.

Britain’s women’s suffrage campaign began in the nineteenth century, but the twentieth century ushered in a more militant campaign. On June 30, 1908, two schoolteachers broke windows at 10 Downing Street to protest being turned away from Parliament; and when Parliament dissolved without passing the Conciliation Bill, the Women’s Social and Political Union (W.S.P.U.) led the Black Friday riot on November 18th, 1910. Two years later, Ellen Pitfield set fire to a waste basket at the General Post Office and was sentenced to six months for arson. By 1913, suffragettes were winning public sympathy by citing harrowing stories of imprisoned women on hunger strikes being drugged with bromide and force-fed.

During the First World War women had done many of the jobs previously done by men and their vital work was rewarded politically by the Representation of the People Act, giving the vote to all women twenty-one years or older. It was passed in the House of Lords on June 19, 1917, and became law on February 6, 1918. Perhaps the ultimate victory was a law passed on November 21, 1918, that allowed women to stand as Members of Parliament in the next general election. 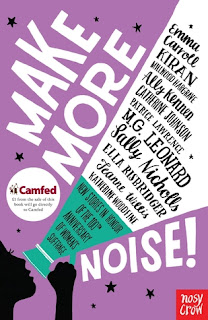 Each story, written by a star-studded list of contributors, including well-known, award-winning and new voices in children’s literature, celebrates strong female characters, with subjects ranging from the ’43 Group to modern ghost stories.

A donation of £1 from the sale of each copy will be given to Camfed, an international charity which tackles poverty and inequality by supporting women’s education in the developing world. The book will be published in time for the centenary anniversary of the Representation of the People Act 1918, which was given Royal Assent on 6th February 1918, extending the franchise to women for the first time. 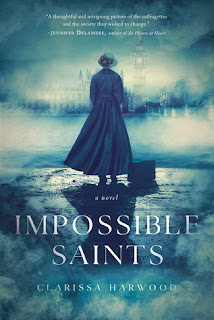 Set in England in 1907, Impossible Saints is a novel that burns as brightly as the suffrage movement it depicts, with the emotional resonance of Tracy Chevalier and Jennifer Robson.

Escaping the constraints of life as a village schoolmistress, Lilia Brooke bursts into London and into Paul Harris’s orderly life, shattering his belief that women are gentle creatures who need protection. Lilia wants to change women’s lives by advocating for the vote, free unions, and contraception. Paul, an Anglican priest, has a big ambition of his own: to become the youngest dean of St. John’s Cathedral. Lilia doesn’t believe in God, but she’s attracted to Paul’s intellect, ethics, and dazzling smile.

As Lilia finds her calling in the militant Women’s Social and Political Union, Paul is increasingly driven to rise in the church. They can’t deny their attraction, but they know they don’t belong in each other’s worlds. Lilia would rather destroy property and serve time in prison than see her spirit destroyed and imprisoned by marriage to a clergyman, while Paul wants nothing more than to settle down and keep Lilia out of harm’s way. Paul and Lilia must reach their breaking points before they can decide whether their love is worth fighting for. 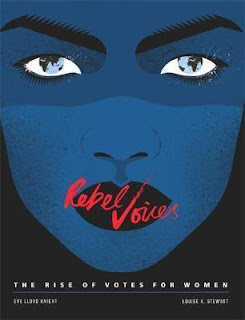 Rebel Voices: The rise of votes for women


A beautifully illustrated celebration of the brave campaigners who fought for women's right to vote. Discover that it was never illegal for women to vote in Ecuador, or how 40,000 Russian women marched through St Petersburg demanding their rights. Find out how one Canadian woman changed opinions with a play, and Kuwaiti women protested via text message. And learn that women climbed mountains, walked a lion through the streets of Paris, and starved themselves, all in the name of having a voice. Tracing its history from New Zealand at the end of the 19th century, follow this empowering movement as it spread from Oceania to Europe and the Americas, then Africa and Asia up to the present day. Meet the women who rioted, rallied and refused to give up. Stunningly illustrated by Eve Lloyd Knight, this book celebrates the women who refused to behave, rebelling against convention to give women everywhere a voice.If you loved Goodnight Stories for Rebel Girls, Fantastically Great Women Who Changed the World or Women in Science then you'll love this. 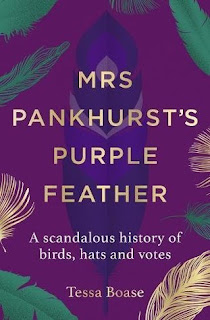 Two, interlinked narratives take on the suffrage story in a wholly original light. Both have at their core passionate and politicised New Women agitating for change. One woman has her name ensconced in history books whilst the other was written out of her legacy. Emmeline Pankhurst and Etta Lemon – who you will not have heard of, yet is the founder of the RSPB – are the two lead protagonists, amongst a rabble of characters, tirelessly turning the tide.

Pankhurst had a uniform: what it symbolised to be a woman, this was topped off by an enormous, and crucially, feathered hat. An attack on feathers was an attack on women, but something had to be done. At a time when the feather industry was worth some £4 billion a year at the cost of hundreds of species and millions of birds, Etta's fight against feathers was deeply political, not to mention controversial.

The lives of the two women cross, never amicably, but in a parallel fashion. The purple feather that was plucked from Mrs Pankhurst’s hat during one of many arrests is a prism for this story: so ubiquitous that it touches every class of woman, from production to consumption. Renouncing it is a political gesture but so, too, is wearing it. Whatever their class or motivation, these women are striking out on their own. Asserting themselves as autonomous operators in a male-dominated world. All are, in different ways, clamouring for change. 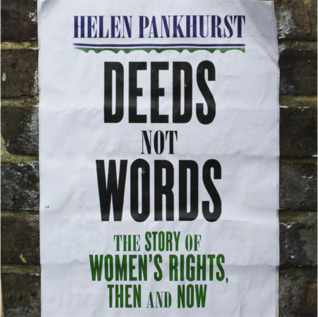 Deeds not word: The story of Women's Rights Then and Now by Helen Pankhurst

On the 100th anniversary of women getting the vote, Helen Pankhurst - great-granddaughter of suffragette leader Emmeline Pankhurst and a leading women's rights campaigner - charts how women's lives have changed over the last century, and offers a powerful and positive argument for a new way forward. 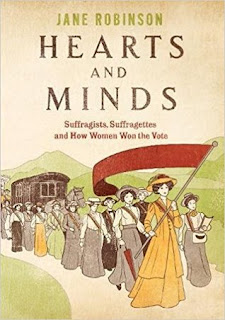 Hearts and Minds by Jane Robinson

Set against the colourful background of the entire campaign for women to win the vote, Hearts and Minds tells the remarkable and inspiring story of the suffragists' march on London.

1913: the last long summer before the war. The country is gripped by suffragette fever. These impassioned crusaders have their admirers; some agree with their aims if not their forceful methods, while others are aghast at the thought of giving any female a vote.

Meanwhile, hundreds of women are stepping out on to the streets of Britain. They are the suffragists: non-militant campaigners for the vote, on an astonishing six-week protest march they call the Great Pilgrimage. Rich and poor, young and old, they defy convention, risking jobs, family relationships and even their lives to persuade the country to listen to them.

This is a story of ordinary people effecting extraordinary change. By turns dangerous, exhausting and exhilarating, the Great Pilgrimage transformed the personal and political lives of women in Britain for ever. Jane Robinson has drawn from diaries, letters and unpublished accounts to tell the inside story of the march, against the colourful background of the entire suffrage campaign.

Fresh and original, full of vivid detail and moments of high drama, Hearts and Minds is both funny and incredibly moving, important and wonderfully entertaining.