April 26, 2017
I've borrowed a silly amount of books from the library over the course of April. I was off work for my Easter holidays and managed to get into the city to pick up titles from the Millenium Library which is much bigger than my local branch and far too exciting for this bookworm.

Below are a selection of my favourite reads borrowed from the library this month. 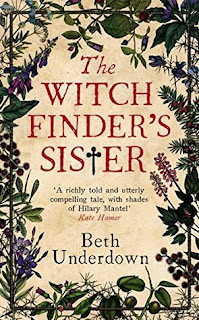 1645. When Alice Hopkins' husband dies in a tragic accident, she returns to the small Essex town of Manningtree, where her brother Matthew still lives.But home is no longer a place of safety. Matthew has changed, and there are rumours spreading through the town: whispers of witchcraft, and of a great book, in which he is gathering women's names.To what lengths will Matthew's obsession drive him?And what choice will Alice make, when she finds herself at the very heart of his plan?

I actually reserved this book a while ago and luckily it came in whilst I was on my Easter break. It is an awesome example of historical fiction done well giving you a real feel of the time period as well as having a cracking and incredibly tense storyline. I devoured it in pretty much one sitting.

It was only ever you by Kate Kerrigan 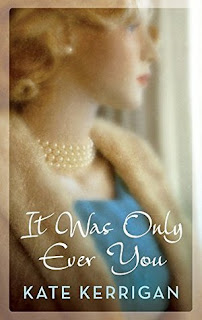 Set, like Maeve Binchy's early bestsellers, in late 1950s Ireland and New York, this is the story of three women and the charismatic man with whom their lives are interwoven.
Patrick Murphy has charm to burn and a singing voice to die for. Many people will recognise his talent. Many women will love him. Rose, the sweetheart he leaves behind in Ireland, can never forget him and will move heaven and earth to find him again, long after he has married another woman. Ava, the heiress with no self-confidence except on the dance floor, falls under his spell. And tough Sheila Klein, orphaned by the Holocaust and hungry for success as a music manager, she will be ruthless in her determination to unlock his extraordinary star quality.
But in the end, Patrick Murphy's heart belongs to only one of them. Which one will it be?
More historical fiction (you'll notice this is definitely a theme of my reading this month which wasn't even particularly deliberate. It just happened) which I devoured in one go. I loved the feel you go over the time period and thought the story was really sweet but heart wrenching in places. I loved Ava as a character in particular. 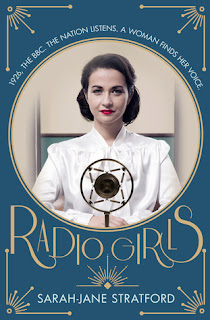 1926, the BBC. The nation listens. A woman finds her voice.London, 1926. Maisie Musgrave is thrilled to land a job at the fledgling British Broadcasting Corporation whose new and electrifying radio network is captivating the nation. Famous writers, scientists, politicians – the BBC is broadcasting them all, but behind the scenes Maisie is drawn into a battle of wills being fought by her two bosses. John Reith, the formidable Director-General and Hilda Matheson, the extraordinary Director of Talks Programming, envisage very different futures for radio. And when Maisie unearths a shocking conspiracy, she and Hilda join forces to make their voices heard both on and off the air...

This was awesome. Set in 1920s Britain. It's a really feminist read featuring strong female characters trying to make it in a man's world. It is a fascinating look at the early BBC at interwar politics. It has mentions of MI5 and the suffragette movement. I loved it.

The girl from the Savoy by Hazel Gaynor 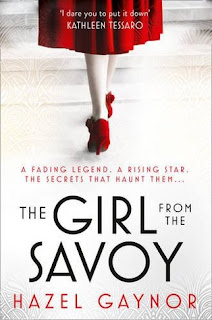 Dolly Lane is a dreamer; a downtrodden maid who longs to dance on the London stage, but her life has been fractured by the Great War. Memories of the soldier she loved, of secret shame and profound loss, by turns pull her back and spur her on to make a better life.When she finds employment as a chambermaid at London’s grandest hotel, The Savoy, Dolly takes a step closer to the glittering lives of the Bright Young Things who thrive on champagne, jazz and rebellion. Right now, she must exist on the fringes of power, wealth and glamor—she must remain invisible and unimportant.But her fortunes take an unexpected turn when she responds to a struggling songwriter’s advertisement for a ‘muse’ and finds herself thrust into London’s exhilarating theatre scene and into the lives of celebrated actress, Loretta May, and her brother, Perry. Loretta and Perry may have the life Dolly aspires to, but they too are searching for something.Now, at the precipice of the life she has and the one she longs for, the girl from The Savoy must make difficult choices: between two men; between two classes, between everything she knows and everything she dreams of. A brighter future is tantalizingly close—but can a girl like Dolly ever truly leave her past behind?

Another 1920s book which I loved. I borrowed it because Sarra Manning said how good it was and her recommendations are usually spot on. I loved the look at 1920s London and the different experiences of the different classes lived through. 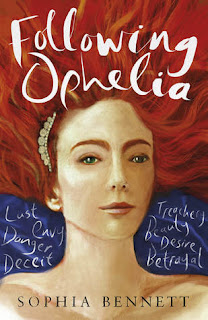 When Mary Adams sees Millais’ depiction of the tragic Ophelia, a whole new world opens up for her. Determined to find out more about the beautiful girl in the painting, she hears the story of Lizzie Siddal – a girl from a modest background, not unlike her own, who has found fame and fortune against the odds. Mary sets out to become a Pre-Raphaelite muse, too, and reinvents herself as Persephone Lavelle. But as she fights her way to become the new face of London’s glittering art scene, ‘Persephone’ ends up mingling with some of the city’s more nefarious types and is forced to make some impossible choices.Will Persephone be forced to betray those she loves, and even the person she once was, if she is to achieve her dreams?

I love historical YA done well and I love Sophia Bennett's books so this was a good match for me. Another read where I was fascinated by the different experiences of those in different social classes and seeing London during the time period. I can't wait for the sequel. 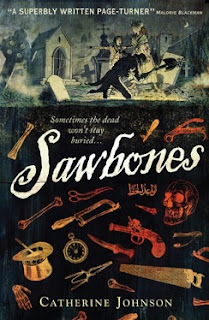 Sixteen-year-old Ezra McAdam has much to be thankful for: trained up as an apprentice by a well-regarded London surgeon, Ezra’s knowledge of human anatomy and skill at the dissection table will secure him a trade for life. However, his world is turned on its head when a failed break-in at his master’s house sets off a strange and disturbing series of events that involves grave robbing, body switching … and murder. Meanwhile, sparky, persuasive young Loveday Finch, daughter of the late Mr Charles Finch, magician, has employed Ezra to investigate her father’s death, and there are marked similarities between his corpse and the others. The mystery takes Ezra and Loveday from the Operating Theatre at St Bart’s to the desolate wasteland of Coldbath Fields, from the streets of Clerkenwell to the dark, damp vaults of Newgate Prison, and finally to the shadowy and forbidding Ottoman Embassy, which seems to be the key to it all…

Yes even more historical fiction. This time YA set in Victorian England focusing on early surgery. I get more than a little bit obsessed with this subject (much to my husband's disgust when I drag him round museums) and this really appealed to that side of me. The story is awesome and I cannot wait to get the sequel.

The Plumberry School of Comfort Food 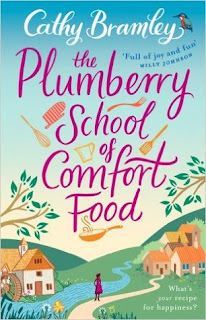 Verity Bloom hasn't been interested in cooking anything more complicated than the perfect fish finger sandwich, ever since she lost her best friend and baking companion two years ago.But an opportunity to help a friend lands her right back in the heart of the kitchen. The Plumberry School of Comfort Food is due to open in a few weeks' time and needs the kind of great ideas that only Verity could cook up. And with new friendships bubbling and a sprinkling of romance in the mix, Verity finally begins to feel like she's home.But when tragedy strikes at the very heart of the cookery school, can Verity find the magic ingredient for Plumberry while still writing her own recipe for happiness?

I also discovered Cathy Bramley as an author this month starting when I borrowed this book. Since reading it I've gone on to pick up two more titles and I'm waiting for the others to be returned to my library to pick up soon. Cathy's books are pure sunny afternoon comfort reads and I've enjoyed them all.