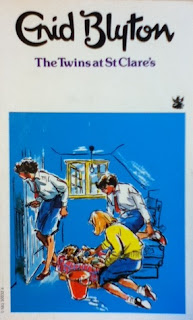 I have my mother's very old battered editions of this series. I don't really remember a time before I read Enid Blyton but I do know St Clare's was my first boarding school book and I loved it. I read through this series and the Malory Towers series more times than I'd care to guess and loved them. Yes I know they are a bit twee and terribly outdated now but they'll always have a little space in my heart 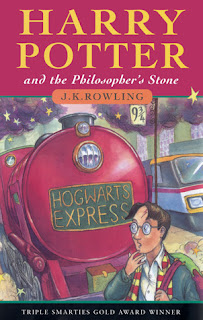 Yes another one that's an obvious choice but I couldn't leave it out. Harry Potter got me back into reading books after those teen years in the wilderness where I didn't read much or know what to even read. In the days prior to YA being a thing I was a bit lost and reading these was a revelation.

Anna and the French Kiss by Stephanie Perkins 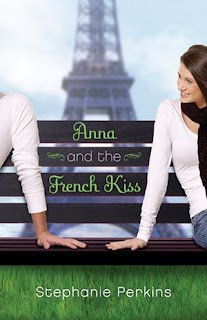 Anna is looking forward to her senior year in Atlanta, where she has a great job, a loyal best friend, and a crush on the verge of becoming more. Which is why she is less than thrilled about being shipped off to boarding school in Paris--until she meets Étienne St. Clair. Smart, charming, beautiful, Étienne has it all...including a serious girlfriend. But in the City of Light, wishes have a way of coming true. Will a year of romantic near-misses end with their long-awaited French kiss?

Anna and the French Kiss is one of those books I inhaled in one greedy sitting. It is pure comfort reading at its best and boarding school book at its most extravagant being set in Paris. I loved it and still find myself thinking about it now. Maybe a reread is over due?

Murder most unladylike by Robin Stevens 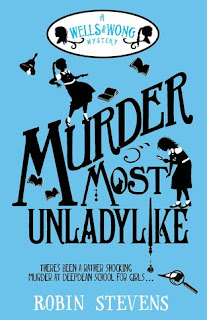 Deepdean School for Girls, 1934. When Daisy Wells and Hazel Wong set up their very own deadly secret detective agency, they struggle to find any truly exciting mysteries to investigate. (Unless you count the case of Lavinia's missing tie. Which they don't, really.)But then Hazel discovers the Science Mistress, Miss Bell, lying dead in the Gym. She thinks it must all have been a terrible accident - but when she and Daisy return five minutes later, the body has disappeared. Now the girls know a murder must have taken place . . . and there's more than one person at Deepdean with a motive.Now Hazel and Daisy not only have a murder to solve: they have to prove a murder happened in the first place. Determined to get to the bottom of the crime before the killer strikes again (and before the police can get there first, naturally), Hazel and Daisy must hunt for evidence, spy on their suspects and use all the cunning, scheming and intuition they can muster. But will they succeed? And can their friendship stand the test?

This series appeal to my inner child who loves Enid Blyton because it has the same feel without the less desirable old fashioned aspects of an Enid Blyton. I loved the first book and am continuing to love the series as and when they are published. 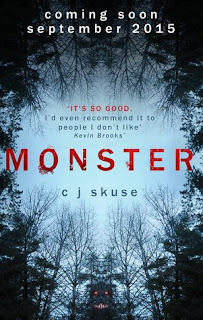 At sixteen Nash thought that the fight to become Head Girl of prestigious boarding school Bathory would be the biggest battle she’d face. Until her brother’s disappearance leads to Nash being trapped at the school over Christmas with Bathory’s assorted misfits. As a blizzard rages outside, strange things are afoot in the school’s hallways, and legends of the mysterious Beast of Bathory – a big cat rumoured to room the moors outside the school – run wild. Yet when the girls’ Matron goes missing it’s clear that something altogether darker is to blame – and that they’ll have to stick together if they hope to survive.

I loved Monster from the first page. It captures the boarding school book vibe and has that classic CJ twist of being a bit sinister and creepy. Another one I read in one go because I couldn't put it down.