March 27, 2017
As discussed in a recent post I have recently rejoined the library and I am thoroughly enjoying it. Here is a round up of some of the books I have recently borrowed and enjoyed. 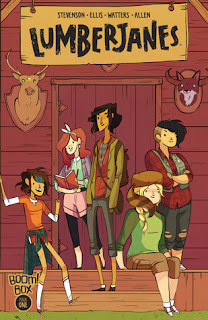 Jo, April, Mal, Molly and Ripley are five best pals determined to have an awesome summer together... and they’re not gonna let any insane quest or an array of supernatural critters get in their way!

This one has been on my radar for ages. I buy a lot of books but I'm less keen to spend out of graphic novels unless I know I'm going to love them because they never last me that long. This was so wonderfully weird and quirky. As soon as I put it down I reserved book two and three in the series and hoping they'll come my way soon so I can carry on with them.

How not to fall in love actually by Catherine Bennetto 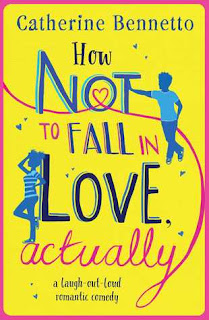 Emma has a job in television which is distinctly less glamourous and exciting than it sounds. She’s managed to claw her way up the ranks from Tea-Maker and Rubbish-Collector to 2nd Assistant Director (heavy on the ‘assistant’. Even heavier on the ‘2nd’). So when she finds she’s accidentally very pregnant and at the same time accidentally very sacked (well, less accidentally: she did tell her boss to stick his job up his bum), she knows things are going to have to change. Luckily she’s also accidentally the heir to a lovely cottage in Wimbledon, with a crazy Rottweiler-owning octogenarian as a neighbour and a rather sexy boy as an accidental tenant. But this baby is coming whether she likes it or not, and she needs to become the sort of person who can look after herself let alone another human being – and quickly.

I ordered this on a whim after seeing it pop up on twitter. I'm really glad I did because it was both sweet and really funny. I found myself laughing out loud at parts and really enjoyed it. I'm already eagerly awaiting the author's next book.

The Angel Tree by Lucinda Riley 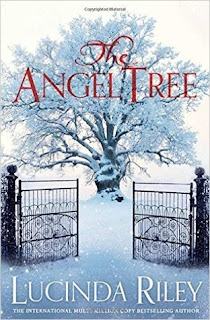 Thirty years have passed since Greta left Marchmont Hall, a grand and beautiful house nestled in the hills of rural Monmouthshire. But when she returns to the Hall for Christmas, at the invitation of her old friend David Marchmont, she has no recollection of her past association with it - the result of a tragic accident that has blanked out more than two decades of her life. Then, during a walk through the wintry landscape, she stumbles across a grave in the woods, and the weathered inscription on the headstone tells her that a little boy is buried here . . .The poignant discovery strikes a chord in Greta's mind and soon ignites a quest to rediscover her lost memories. With David's help, she begins to piece together the fragments of not only her own story, but that of her daughter, Cheska, who was the tragic victim of circumstances beyond her control. And, most definitely, not the angel she appeared to be . . .

Lucinda Riley is an author who I really like. I came across her a couple of years ago when her publicist sent me The Italian Girl which I loved and at the time I ordered and read through several of her other books. This is one I found whilst browsing the shelves and picked up because it was Lucinda Riley. It was just as good as I hoped it would be. I love a story which flits between the past and present like this did. 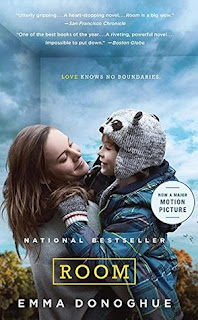 To five-year-old Jack, Room is the entire world. It is where he was born and grew up; it's where he lives with his Ma as they learn and read and eat and sleep and play. At night, his Ma shuts him safely in the wardrobe, where he is meant to be asleep when Old Nick visits.Room is home to Jack, but to Ma, it is the prison where Old Nick has held her captive for seven years. Through determination, ingenuity, and fierce motherly love, Ma has created a life for Jack. But she knows it's not enough...not for her or for him. She devises a bold escape plan, one that relies on her young son's bravery and a lot of luck. What she does not realize is just how unprepared she is for the plan to actually work.Told entirely in the language of the energetic, pragmatic five-year-old Jack, Room is a celebration of resilience and the limitless bond between parent and child, a brilliantly executed novel about what it means to journey from one world to another.

Yes I know. How did it take this long for me to read Room? Yes it is as good as all the hype I remember it receiving at the time and since.