March 29, 2017
Last month I was lucky enough to be invited to a blogger brunch held by Andersen Press. I love Andersen Press as they always have some cracking titles and I was very pleased indeed that I was able to go along.

Whilst there I got to mingle with a variety of blogger friends (including Sarah who kindly put me up for the night so I could attend - curse you Greater Anglia and your shoddy train service) hear about a lovely pile of books I now desperately need in my life and meet some authors. What more could a bookish girl need?

Andersen Press always have some awesome titles so I'm always excited to get their books in the post. The titles they have coming over the few months are no exception and I've picked a few to talk about 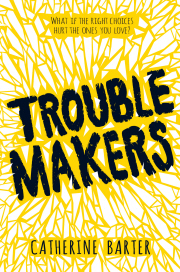 In three years I will be able to vote and I will still have less power than I did at the moment that I saw that email, which was such a tiny thing but look what happened.Fifteen-year-old Alena never really knew her political activist mother, who died when she was a baby. She has grown up with her older half-brother Danny and his boyfriend Nick in the east end of London. Now the area is threatened by a bomber who has been leaving explosive devices in supermarkets. It is only a matter of time before a bomb goes off. Against this increasingly fearful backdrop, Alena seeks to discover more about her past, while Danny takes a job working for a controversial politician. As her family life implodes, and the threat to Londoners mounts, Alena starts getting into trouble. Then she does something truly rebellious.

I finished this the day after the brunch. It is most excellent and like nothing else I've read before. 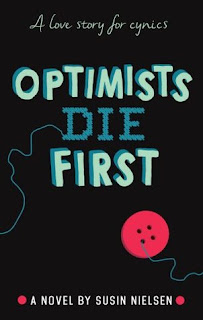 Petula has avoided friendship and happiness ever since tragedy struck her family and took her beloved younger sister Maxine. Worse, Petula blames herself. If only she'd kept an eye on her sister, if only she'd sewn the button Maxine choked on better, if only... Now her anxiety is getting out of control, she is forced to attend the world’s most hopeless art therapy class. But one day, in walks the Bionic Man: a charming, amazingly tall newcomer called Jacob, who is also an amputee. Petula's ready to freeze him out, just like she did with her former best friend, but when she’s paired with Jacob for a class project, there’s no denying they have brilliant ideas together – ideas like remaking Wuthering Heights with cats.But Petula and Jacob each have desperately painful secrets in their pasts – and when the truth comes out, there’s no way Petula is ready for it.

I actually read this before the brunch. It is an awesome read and I don't think I've identified with a character so much as I do Petula with her pessimist ways. It is a brilliant book and definitely worth a look.

Things a bright girl can do by Sally Nicholls

Through rallies and marches, in polite drawing rooms and freezing prison cells and the poverty-stricken slums of the East End, three courageous young women join the fight for the vote.Evelyn is seventeen, and though she is rich and clever, she may never be allowed to follow her older brother to university. Enraged that she is expected to marry her childhood sweetheart rather than be educated, she joins the Suffragettes, and vows to pay the ultimate price for women's freedom.May is fifteen, and already sworn to the cause, though she and her fellow Suffragists refuse violence. When she meets Nell, a girl who's grown up in hardship, she sees a kindred spirit. Together and in love, the two girls start to dream of a world where all kinds of women have their place.But the fight for freedom will challenge Evelyn, May and Nell more than they ever could believe. As war looms, just how much are they willing to sacrifice?

I want it. I want it lots 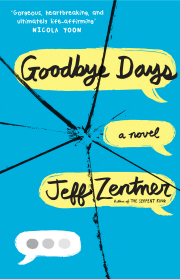 Can a text message destroy your life?Carver Briggs never thought a simple text would cause a fatal crash, killing his three best friends, Mars, Eli, and Blake. Now Carver can’t stop blaming himself for the accident and even worse, there could be a criminal investigation into the deaths.Then Blake’s grandmother asks Carver to remember her grandson with a ‘goodbye day’ together. Carver has his misgivings, but he starts to help the families of his lost friends grieve with their own memorial days, along with Eli’s bereaved girlfriend Jesmyn. But not everyone is willing to forgive. Carver’s own despair and guilt threatens to pull him under into panic and anxiety as he faces punishment for his terrible mistake. Can the goodbye days really help?

This books sounds like it could be a sob fest. One to read with a box of tissues on standby? 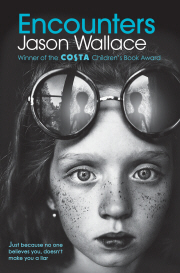 Zimbabwe, 1994. A group of children spot peculiar lights in the sky over the grounds of their school. From this moment on, six young people's lives are changed forever.
Gary hides the anguish he feels now his mum's left, acting out in fury and hatred. Chloe has no words for the thing she fears most every day. Karl is the headmaster's son, now fallen from grace. Tendai knows he can never live up to his grieving father's ideals. And Sixpence watches all, knowing he'll never be like these other children. All of them have seen something they can't explain.
In amongst these tangled, tortured lives, comes a group of paranormal investigators to verify the spookily similar claims of every witness. Their daughter, Holly, can tell there's more to it than just aliens or mass hysteria - can she reveal the dark truths that haunt them?
Inspired by true accounts, this is the long-awaited new novel from Costa-award-winner Jason Wallace

I cannot wait to start this one. The cover alone fascinates me and hearing Jason talk about it and his inspiration for the book really got me excited especially because it is set in the same sort of time period as x-files and I loved that show.