The poetry of the Greenworld
By Anna McKerrow 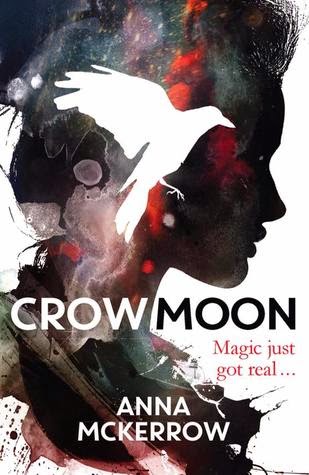 In Crow Moon, the UK is split into the Greenworld – Devon and Cornwall, an eco-pagan community run by witches – and the Redworld, which is everywhere else and is corrupt, polluted and controlled by criminals. The Greenworld is still a relatively new community, and like many new nation states, utopias and/or ideological communities, it has a set of rules – or tenets, as it likes to call them: a manifesto based on its agrarian, goddess-loving principles:

The Greenworld also has a set of holy books and cultural texts that promote the values of the society, though it is also most fond of a number of historic Celtic texts like The Mabinogion and The Tain, as well as the poetry about Irish mythology by WB Yeats. The Greenworld texts are Tenets and Sayings of the Greenworld, Greenworld Prayers and Songs and A Guide to Reflective Greenworld Journaling (schools edition), containing verses to be sung at particular festivals, or readings suitable for funerals, handfastings (weddings) and other events. For instance:

Song for Samhain
This is the night when the dark is thin.
Welcome, ancestors! Enter in.
The fire is lit, the table set.
You have passed and we, not yet.
Brighid bless the Samhain fire;
Flame of creation in the funeral pyre,
Crows dance in the dark, shadows in flight:
Goddess bless us all on Samhain night.

I added this element of the Greenworld for a number of reasons. First, to pay homage to the wealth of poetry that exists in the contemporary pagan world. It commemorates the passing of the seasons and the recognition of the wide pantheon of gods and goddesses from different historical cultures. I also start Crow Moon with Zia, Danny’s mother and the village witch, conducting a full moon ritual with her village community in which she repeats a section of Doreen Valiente and Gerald Gardner’s  Drawing Down the Moon, an established piece of traditional Wiccan ritual and a lovely piece of poetry in its own right. Poetry is also particularly integral in druidic practice, as is song and all creativity, and is common across all pagan practice that I have found, so it seemed appropriate that the Greenworld would incorporate it too.

The tenets and the songs also served to give a sense of richness to the Greenworld culture; they provided a way for me to give readers more of a sense of how Danny and the other characters lived and thought, without having to write the community’s concepts into the story in a teachery kind of way. Also, it foregrounds the community as one that is heavily ideologically driven, and starts to make us think about the pros and cons of what that means for the people that live there. I mean, I’d live in the Greenworld if it existed, probably, but to be honest sometimes it might be a bit… boring. And utopias have a nasty habit of being a little bit intolerant of anything other than their idea of perfection, sometimes.

I also enjoyed writing all the tenets and the little chants and songs in particular, being a poet as well. It’s fun! And lastly, the patron goddess of the Greenworld is Brighid, Celtic goddess of poetry and fiery creative inspiration among other things, so I couldn’t really not have any poetry in there. I don’t think She would have been happy if I didn’t.