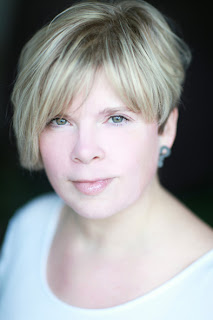 My new novel Half Lives considers what we are leaving behind for future generations.The story hinges on a time capsule of sorts. While writing Half Lives, I often wondered what archaeologists might say if they unearthed a time capsule created by my teen self. How would they interpret the flotsam and jetsam of my teenage years spent in a small town in the United States? Would they ever imagine that twenty-something years later I'd be a writer living in London? More likely they’d predict that the lovesick teen who collected teen mags and wrote angsty poetry would either still be working at McDonalds or committed to an institution with a straight jacket dress code.

I have very few keepsakes from my teen years. They are stored in an old wooden toy chest in the basement of my sister's house. When I visited the US recently, I opened up this time capsule. Here are a few items I uncovered:

My complete Rick Springfield collection – Rick was a pop idol in the 80s. In the UK, he might be best known for his hit Jessie’s Girl. Rick was the first concert I ever attended, and I still have the concert program and t-shirt. I also still have the poster that hung on my wall.

Collection of scripts – I wanted to be an actress. I was in every play and musical at my high school. I played Laurie in Oklahoma as well as lesser parts in Camelot, Crucible, Music Man, West Side Story, Up the Down Staircase, Ms. Frankenstein’s Monster, and loads of others I can’t – or don’t want to – remember. I’m so thankful that those were the days before YouTube. I think there’s a VHS tape of me in a few of these high school productions, but I certainly hope the tape will have degraded by now.

Hair accessories – It was the time of big hair and lots of hair spray. I proudly sported two-inch high fringe. I used a bottle of Stiff Stuff hairspray every few weeks. By the time I left for college, you couldn’t chisel the hairspray residue off my bedroom mirror. For some reason, I now can’t for the life of me remember, during my senior year, I never styled my hair the same way twice in one week. I had an astounding array of bands, clips and bows.

Poetry – I wrote very bad, angst-ridden poetry with titles such as ‘Unnoticed Love’ and ‘Tomorrow Never Comes’ when I was in junior high and high school. If you read my collection of hand-written poetry, you’d think I was a depressed teen with a bleak outlook on life. But the truth is I only wrote poetry after a break up or late at night when pondering life, the universe and everything.

Celebrity Collage – My bedroom had a gabled ceiling. I cut out photos from celebrity magazines and created a collage of photos over my bed. I changed this masterpiece regularly depending on my current obsession. I can remember Tom Selleck, Jameson Parker, Shaun Cassidy as well as a selection of soap opera stars from shows like Young and the Restless, As the World Turns, Capitol and Guiding Light.(Most teen readers won’t know these names and faces now. My pop idols are already ancient history.)

I also found my first rejection letter. I always wanted to be a writer and was trying to get published even at the tender age thirteen. I sent a story to Seventeen magazine in 1982, and I’ve kept the rejection letter I received. 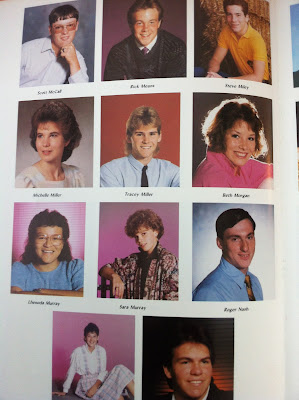 So these are the trappings of my misspent youth. I wish I could claim well-worn copies of War and Peace or some humanitarian award rather than my certificate for senior class historian or some precious item of jewellery – other than the crown I received my senior year as Miss Choral Sweetheart. I’m not sure you’d connect the dots of this collection of junk and find the picture of the person I am today. But just like in Half Lives – ancient signs are often misinterpreted. 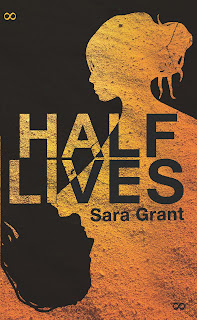 Icie is a typical teenager, until disaster strikes. Her only hope of survival is escaping to a top-secret mountain bunker. Hundreds of years later, 18-year-old Beckett leads a cult that worships a sacred mountain. But Beckett and his beliefs are under attack. Icie and Beckett must fight to survive. They are separated by time but connected by a dangerous secret that both must protect at any cost.

About Sara Grant
Sara is an author of fiction for teens and younger readers and freelance editor of series fiction. Shehas worked on twelve different series and edited nearly 100 books.Dark Parties, her first young adult novel,won the SCBWI Crystal Kite Award for Europe. Her new novel for teens – titled Half Lives – is an apocalyptic thriller. She also writes – Magic Trix – a fun, magical series for younger readers.
Sara was born and raised in a small town in the Midwestern United States. She graduated from Indiana University with degrees in journalism and psychology, and later she earned a master’s degree in creative and life writing at Goldsmiths College, University of London. She lives in London.www.sara-grant.com    @authorsaragrant