Blog Tour: The History behind stormbringers by Philippa Gregory 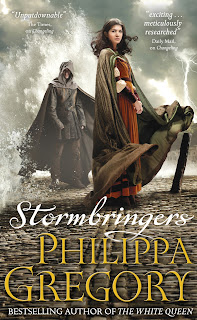 Stormbringers is set in 15th century Italy so the geography and appearance of the setting is that of medieval Italy. The little town of Piccolo is imaginary, but it is based on what Rimini would have been like. The children's crusade which the team see as they come into town is based on the many stories of children's crusades. Historians now think that these may have been little more than short-lived risings of younger workers who marched around and caused a little local trouble, but some give credit to the suggestion that there was an uprising of young people around 1220 behind a young leader either Stephen of Cloyes or Nicholas of Germany which attempted to get to the Holy Land to convert the advancing Muslims to Christianity.  Like the Children's crusade in the novel, these attempts failed but the motif of an army of innocents is a powerful and haunting one.

The tsunami which follows the earthquake in Piccolo is of course, a natural event. There was a serious earthquake in 1348 centred on Friuli - as the village priest reports. Some people thought at the time that the gasses released by the earthquake caused the later plague.  As Luca's desire for knowledge shows - there was little understanding of earthquakes or of the resulting tidal waves. The best sources were indeed the Greek philosophers that RaduBey shows him.

RaduBey is a real character, a Christian boy taken into the care of the Ottoman dynasty and raised alongside the conquering sultan Mehmet II. His galley and his culture and wealth was typical of the Ottoman court. He speaks of the magnificent library that they had won from the Christian Byzantine empire in the city that they called Istanbul, and indeed it is from these sources that the books which would inspire the Renaissance came.

The role of the two women is based on historical fact also. As their fictional characters develop they are able to express different views of women held at the time. There was a strong belief that a woman was the servant of her husband and should be kept at home, safe from danger or challenge. Isolde expresses this view when she wants to return to the safety of her home and be the wife of a good man. Ishraq challenges this view as some of the learned women of the medieval world did. Ishraq, though she sometimes wears the dress of a Muslim woman, aspires to be free in the world to make her own choices, and she understands that she has to be free to choose everything - her work, her lover, her religion, her place.

Luca's interest in the new learning which was starting to percolate through Italian society is a characteristic of his fictional nature, but it is typical of the many men and women who understood that the revival of the Greek and Roman scholarship, the science of the Arab world, and the contemporary discoveries, were opening a new world to inquiry. Luca is a renaissance man in the sense that he wants to know things, and that for the first time in many years, men and women are able to question. 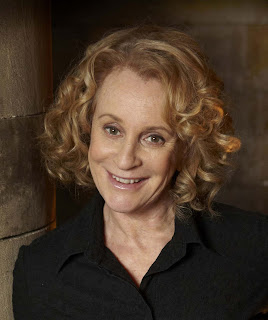