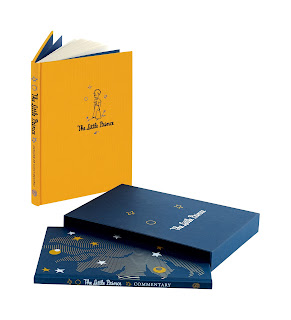 Last week I was lucky enough to be offered to review The Folio Society's new edition of The Little Prince. I have a real soft spot for classic children's books particularly if they are beautiful editions I can display on my library shelves. This edition fits in perfectly with my collection of vintage and beautiful editions of classic children's books being presented in a glorious hardback edition, with a gorgeous slipcase and beautiful end papers. I am in love and I can see many more Folio edition books ending up in my collection if the quality of them are even half as good as this one. It's a really special book to own and one I will treasure.

Using a painstaking production process, The Folio Society has used a 1943 edition to restore each image of Antoine de Saint-Exupéry’s The Little Prince to its vibrant, original colouring. 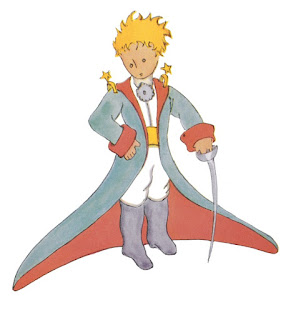 First published in 1943, and since translated into 270 languages and 26 different alphabets, few books have touched the world like Antoine de Saint-Exupéry’s modern fable The Little Prince. In its first The Folio Society edition, this definitive two-volume set includes a new introduction by his biographer and Pulitzer Prize-winning author Stacy Schiff, as well as restored versions of Saint-Exupéry’s unforgettable illustrations, as inseparable from the story as the words themselves.

Already a best-selling French author and pioneering pilot, Saint-Exupéry wrote his most cherished work while in secluded, self-imposed exile in America after escaping the fall of France to the Germans in 1940. Armed with a set of children’s watercolours and a typewriter, he created a story that was both a wide-eyed celebration of childhood adventure and a sombre, existential work of startling depth. A year after its publication, Saint-Exupéry took off on a mission over the Mediterranean and disappeared, his body never to be found. In Schiff’s poetic words, the author and his prince would forever ‘remain tangled together, twin innocents who fell from the sky’.

Before his doomed return to Europe, Saint-Exupéry left a working copy of the manuscript, including numerous illustrations not included in the first edition, with his friend Silvia Hamilton, in ‘a rumpled paper bag’. The commentary volume to The Folio Society edition includes these preliminary sketches and drawings, accompanied by a page-by-page description by Christine Nelson, curator of the recent celebrated exhibition of the collection at New York’s Morgan Library and Museum. 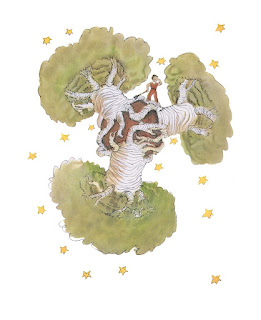 As a nod to the book’s origins, the illustrations retain their original French captions. The binding on the main volume is a striking yellow with the unmistakable image of the prince staring out at the stars, while the commentary volume is bound in blue in a rippling design by celebrated designer Paul Bonet used on an early French edition of the work.

Available exclusively from www.FolioSociety.com for UK £49.95

About The Folio Society | www.foliosociety.com
For seventy years, The Folio Society has been publishing beautiful illustrated editions of the world’s greatest books. It believes that the literary content of a book should be matched by its physical form. With specially researched images or newly commissioned illustrations, many of its editions are further enhanced with introductions written by leading figures in their fields: novelists, journalists, academics, scientists and artists. Exceptional in content and craftsmanship, and maintaining the very highest standards of fine book production, Folio Society editions last for generations.

Anonymous said…
Wow, I didn't know that Saint-Exupery had disappeared shortly after he finished The Little Prince. The quote from Schiff is beautiful.
As for Folio Society, I discovered their magnificent books three or four years ago. I have amassed just over 20 of them and, now, one more with The Little Prince :)
3 December 2017 at 21:47