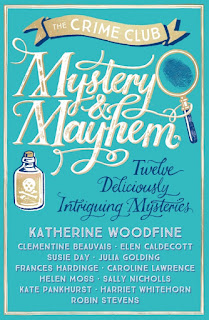 I do like a maverick. Kurt Wallander, Sarah Lund. Jackson Brodie, stumbling about pursued by quotations. Every stoic Dick Francis hero jockey. But deep down, what I really want from my mystery-solving nonsense is pals. A team. A found family; a partnership. What’s Starsky without his Hutch? Julian, Dick and Anne without George and Timmy?

Wells & Wong, Robin Stevens
Boarding schools! In the 1920s! With crime! This is my dream series: a clever blend of Girls’ Own children’s classics and Golden Age mysteries, utterly respectful of their source material while scratching at the multiple narrow-minded injustices of the era with a very modern fingernail. The awfulness of Head Detective Daisy and her eager deputy Hazel is a joyous take on a particular friendship dynamic, and the mysteries are good chewy fun.

The Three Investigators, Robert Arthur Jr
‘Presented’ by Alfred Hitchcock, Jupiter Jones and his mates Pete and Bob solve daft cases in the Californian sunshine, with the aid of a chauffeured car they won in a competition and their secret HQ in a junkyard, accessed by pressing one particular knot in the wood.  The Mystery of the Stuttering Parrot has a clue that doesn’t make sense in it that drove my ten-year-old pedantic self into a proper tizzy. But I still reread it a hundred times.

The Marsh Road Mysteries, Elen Caldecott
Old friends Piotr, Minnie and Andrew plus the twins Flora and Sylvie work together - mostly - to solve crime in a small sleepy British town. Like Wells & Wong, these are a fine blend of familiar cosy tropes and a clear-sighted take on a harder-edged real world; in Diamonds & Daggers, Piotr’s father is accused of a theft and the prejudice behind the accusation is plain. Funny, warm and beautifully written.

The Mystery Squad, Martin Waddell, illustrated by T McKenna
Long out of print, but if you can find one secondhand, buy it immediately (then send it to me). Beans and friends solve mysteries by tracking clues and so do you, Choose Your Own Adventure-style - by spotting them in the illustrations or figuring them out from the text, and turning to the right page. Get it wrong and you have to start again! I am longing for someone to write a contemporary version of these. Wait. Can I write a contemporary version of these?

Lord Peter Wimsey & Harriet Vane, Dorothy L Sayers
*sighs* Peter is a titled, monocle-wearing, overeducated fop with a butler, and I ought to hate him - which is largely what Harriet thinks too, until he usefully helps her avoid hanging for murder. Sayers’ novels featuring only Peter are great. Those which feature Harriet too are magical.