August 24, 2015
I've done the virtually impossible and managed to clear my TBR pile after a long summer of reading. Therefore these are the books I am dying to get my hands onto next and desperately waiting for so I have something new to read. 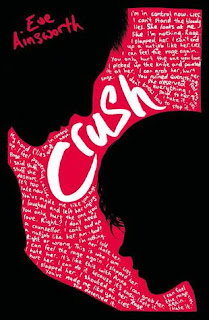 Love hurts ... but should it hurt this much? Reeling from her mum's sudden departure, Anna finds the comfort she needs in her blossoming relationship with Will. He's handsome and loving, everything Anna has always dreamt of. He's also moody and unpredictable, pushing her away from her friends, her music. He wants her to be his and his alone. He wants her to be perfect. Anna's world is closing in. But threatening everything is a dark secret that not even Will can control... Eve Ainsworth's gripping second novel is a pitch-perfect exploration of love at its most powerful, addictive and destructive.

I enjoyed Eve's last book and I'm very much looking forward to reading more from her.

Wolf by Wolf by Ryan Graudin 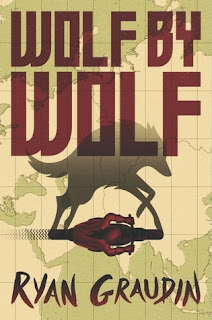 Code Name Verity meets Inglourious Basterds in this fast-paced novel from the author of The Walled City.

The year is 1956, and the Axis powers of the Third Reich and Imperial Japan rule the world. To commemorate their Great Victory over Britain and Russia, Hitler and Emperor Hirohito host the Axis Tour: an annual motorcycle race across their conjoined continents. The victor is awarded an audience with the highly reclusive Adolf Hitler at the Victor's ball.

Yael, who escaped from a death camp, has one goal: Win the race and kill Hitler. A survivor of painful human experimentation, Yael has the power to skinshift and must complete her mission by impersonating last year's only female victor, Adele Wolfe. This deception becomes more difficult when Felix, Adele twin's brother, and Luka, her former love interest, enter the race and watch Yael's every move. But as Yael begins to get closer to the other competitors, can she bring herself to be as ruthless as she needs to be to avoid discovery and complete her mission?

I've heard nothing but awesome things about this one. I cannot wait to get my hands on a copy because if it is even half as good as I've been promised it'll be brilliant.

Anything that isn't this by Chris Priestley 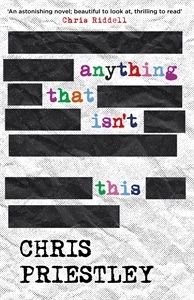 Seventeen-year-old Frank Palp lives in a grim little apartment, in a grim little building, in an exceedingly grim (and rather large) city. Cobbled streets and near-destroyed bridges lead one through Old Town and Old New Town, and war-damaged houses stand alongside post-war characterless, concrete hutches. Most people walk hunched over, a habit from avoiding snipers, but others are proud to stand tall and make the world take notice . . . This is a city full of contradictions, and Frank is no exception.

He mostly hates his life, he definitely hates the ludicrous city he is forced to live in and he absolutely with complete certainty hates the idiots he's surrounded by . . . and yet he is in love. A love so pure and sparkling and colourful, Frank feels sure it is 'meant to be'. His love is a reward for all the terrible grey that he is surrounded by - which would be great, if the girl in question knew he existed. And then one day, the perfect sign lands in his lap. A message, in a bottle. A wish, for 'anything that isn't this'. The girl who wrote this is surely his soulmate - and now he just needs to find her.

Another one where I want to read it purely because of the author. I've not read a new Chris Priestley in ages and this looks awesome.

Here we lie by Sophie McKenzie 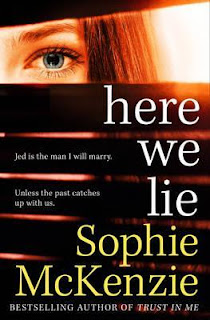 On holiday with family and her adoring fiance, Jed, Emily couldn't be happier. But overnight, the idyllic trip turns into a waking nightmare when one of the group is found dead in what appears to be a terrible accident.

The devastated party returns to London to cope with their loss while trying to resume their normal lives. But new revelations shed a shocking light on the holiday tragedy and set Emily on a perilous journey to discover the truth about what happened.

Soon a terrifying series of threats and lies bring her face to face with the dark truths at the heart of her family - and into life-threatening danger...

I love Sophie McKenzie's books and cannot wait for this one.