May 23, 2014
As always please find below a rage of books I am dying to read. All are ones I need now, right now and as soon as they arrive I doubt they'll stay unread for very long 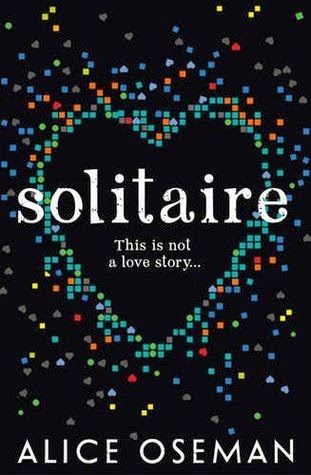 In case you’re wondering, this is not a love story.

My name is Tori Spring. I like to sleep and I like to blog. Last year – before all that stuff with Charlie and before I had to face the harsh realities of A-Levels and university applications and the fact that one day I really will have to start talking to people – I had friends. Things were very different, I guess, but that’s all over now.

I don’t know what Solitaire are trying to do, and I don’t care about Michael Holden.


I must admit I don't know a huge amount about this book and am mostly a sucker for the cover. I want it lots! 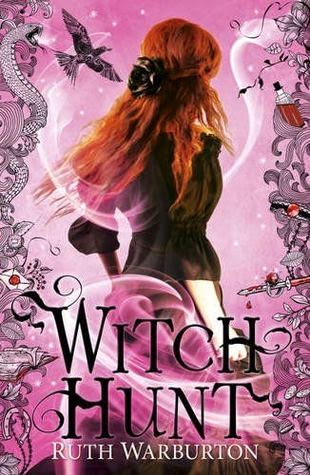 London, 1880. Eighteen-year-old Witch Hunter Luke Lexton has failed his initiation into the Malleus Maleficorum - the secretive brotherhood devoted to hunting witches. Instead of killing the witch he picked from the Book of Witches, he has committed the worst possible crime: he has fallen for her. Sixteen-year-old witch girl Rosa Greenwood has failed to secure her struggling family's future by marrying the handsome, cruel, rich and powerful Sebastian Knyvet. Instead she has set fire to his factory and has brought disgrace on her family. Now together they are on the run - from Rosa's ex-fianc? and from Luke's former brothers in the Malleus. As they flee across England, and with the danger of their past catching up to them ...can they overcome their differences? Can a witch hunter ever find love with a witch girl? '

I love this series. As you might know I'm not a brilliant one for following series through mostly because I lose interest while waiting on the next one. However I love this series so much, probably because they appeal to my history geek side, that I cannot wait to get straight into this one.
Girl Defective by Simmone Howell 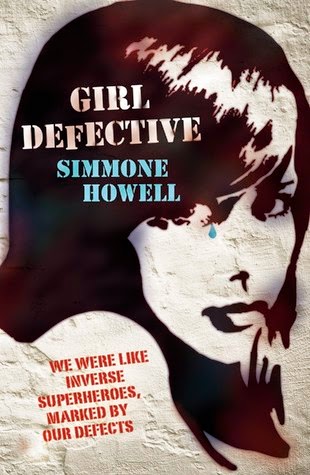 We, the Martin family, were like inverse superheroes, marked by our defects. Dad was addicted to beer and bootlegs. Gully had "social difficulties" that manifested in his wearing a pig snout mask 24-7. I was surface clean but underneath a weird hormonal stew was simmering...

It's summer in St Kilda. Fifteen-year-old Sky is looking forward to great records and nefarious activities with Nancy, her older, wilder friend. Her brother – Super Agent Gully – is on a mission to unmask the degenerate who bricked the shop window. Bill the Patriarch seems content to drink while the shop slides into bankruptcy. A poster of a mysterious girl and her connection to Luke, the tragi-hot new employee sends Sky on an exploration into the dark heart of the suburb. Love is strange. Family Rules. In between there are teenage messes, rock star spawn, violent fangirls, creepy old guys and accidents waiting to happen. If the world truly is going to hell in a hand-basket then at least the soundtrack is kicking. Sky Martin is Girl Defective: funny, real and dark at the edges.

Louder than words by Laura Jarratt 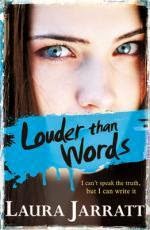 Rafi hasn't spoken for eight years. It's up to her to tell her brother's story now that he can't speak either ...

Rafi idolises her seventeen-year-old brother, who is popular, generous and a borderline genius. Ever protective, Silas always includes her when he's with his friends, so Rafi gets to hear all sorts of things that younger sisters wouldn't normally be a part of. Like the time Silas hacks a gaming site to help out his friend Josie, who has been trashed by her ex.

With Josie, Rafi finds herself with a proper friend for the first time in her life. As they grow closer, she realises that she wants to find a way back into the world – she wants to learn to speak again. But Silas has found a new interest too – and it’s taking him away from everything that was once important to him. Can Rafi find the words to save her brother?

Which is stronger – love or jealousy?

Rosie has managed to wangle spending the summer before uni in the same house as her boyfriend Cal – but who else should also be staying except for the infamous man-eater, Cleo.
Things between Cal and Rosie could never have been described as easy, but her growing jealousy seems like an unstoppable force. Can their love weather the storm?

I love this series of books and felt they have got stronger as they have gone on. Very much looking forward to this one and catching up with the characters from before

Mark of Cain by Lindsey Barraclough 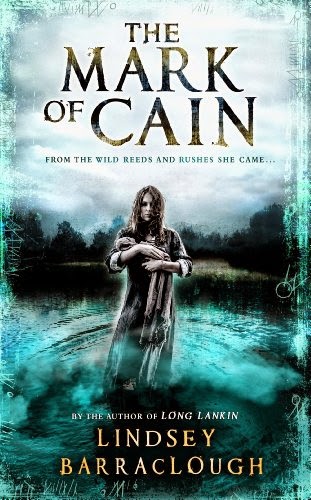 1567
Aphra is not a normal child. Found abandoned as a baby among the reeds and rushes, the two outcast witches who raise her in their isolated cottage are never sure if she was born, or just pushed up through the foul, black mud for them to find. Little Aphra's gifts in the dark craft are clear, even as an infant, but soon even her guardians begin to fear her.

When a violent fire destroys their home, Aphra is left to fend for herself. Years of begging and stealing make her strong, but they also make her bitter, for she is shunned and feared by everyone she meets.
Until she reaches Bryers Guerdon and meets the man they call Long Lankin - the leper. Ostracized and tormented, he is the only person willing to help her.

And together, they plot their revenge.

Four years have passed since the death of Ida Guerdon, and Cora is back in Bryers Guerdon in the manor house her aunt left to her. It is a cold, bitter winter, and the horrifying events of that sweltering summer in 1958 seem long past.

Until Cora's father arranges for some restoration work to take place at Guerdon Hall, and it seems that something hidden there long ago has been disturbed. The spirit of Aphra Rushes - intent on finishing what she began, four centuries ago.

I loved Long Lankin. I literally am dying to get my hands on this and see how things work out. I suspect it will be a book I have to read with the lights on so not to terrify myself