Not being a particularly outdoorsy little girl the Dorset countryside made for a pretty boring childhood, so from the moment I could read I escaped into other, infinitely more exciting worlds.  People said I would grow out of this dreaminess, but I’m afraid I never did.  Like Bananaman I lead an exciting double life: by day I’m a middle aged mother of two sons who spends her time ferrying children to clubs and swimming lessons, but I spend my nights in the company of dystopian revolutionaries, child serial killers, ghosts and vampire lovers.

My bookcase is basically my inner life on six shelves. 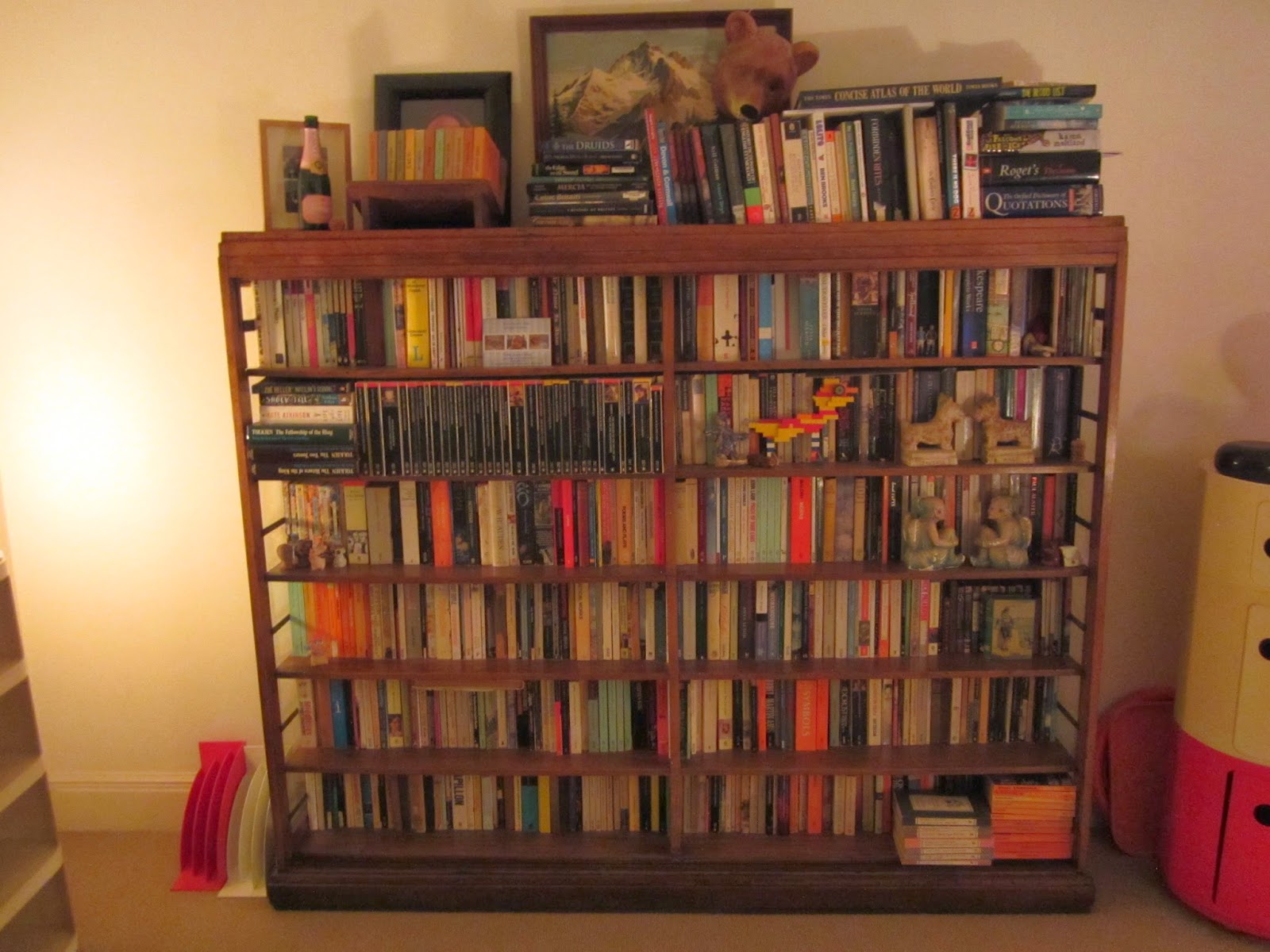 Under 12 – Most of my well thumbed childhood texts (Roald Dahl, Penelope Lively, Alan Garden) have been transported upstairs to my sons’ bedroom – a triumph of hope over experience considering their reading (non) habits – but The Wind Eye by Robert Westall is still here, as it is ‘The Best Book Ever” according to my inscription on the inside cover.  It was what inspired me to write, and to write the sort of stuff I write, and I use it for schools talks. 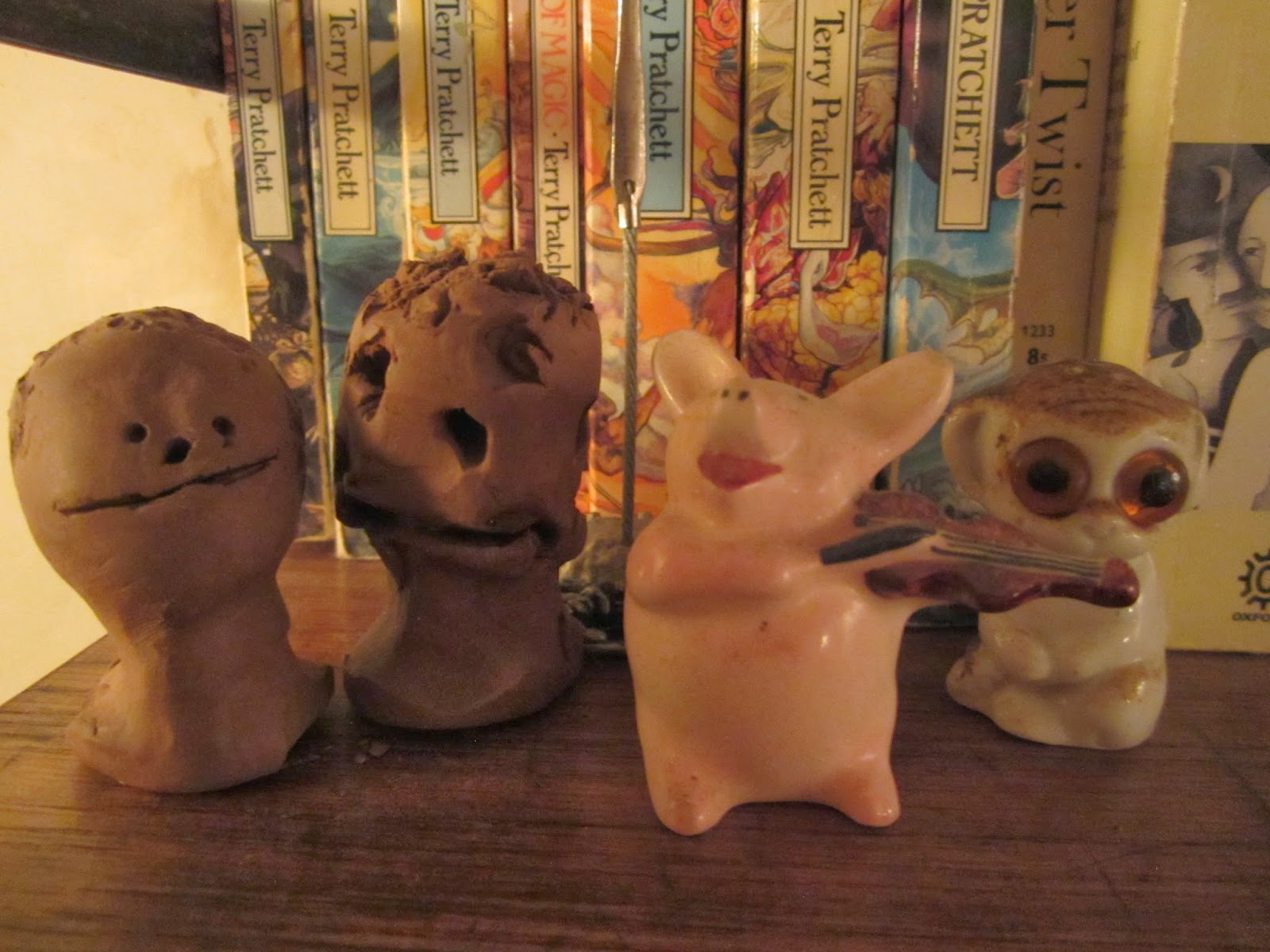 12+ - The first part of my writing life was shaped by Terry Pratchett and Stephen King.  In the end I came down on the side of horror, but I keep the Discworld series for my kids to enjoy (should they ever decide that a book has more uses than simply propping up a Hotwheels track).  I also got seriously into the Brat Pack at about this time (Google it, kids!), so The Outsiders was rather a seminal text.

15+ - Now I had to get down to some serious reading, for GCSE and A-level English Lit.  The book that really stayed with me – and I’m probably speaking for many pubescent girls here – was Wuthering Heights.  Boy, did I like Heathcliff.  He’s Edward Cullen for the (if I may be so snobbish) more discerning reader.  The rest – Middlemarch, Bleak House, Jane Eyre etc, all pretty much merge into one.  This was also my first foray into poetry, when I discovered there was more to it than wandering through daffodils thinking about clouds, and I still find war poetry extremely powerful.

18+ - My university years at UCL were when it all got a bit taxing.  Piers Plowman, Beowulf, Chaucer, Dante’s Inferno in the original medieaval Italian (briefly, until I dropped that module, being unable to get beyond “Uno cappuccino per favore”).  My prejudices were confirmed when I was forced to study the flakey Romantic Poets, but I was pleasantly surprised to discover how much I liked that dull old Hull librarian, Philip Larkin. 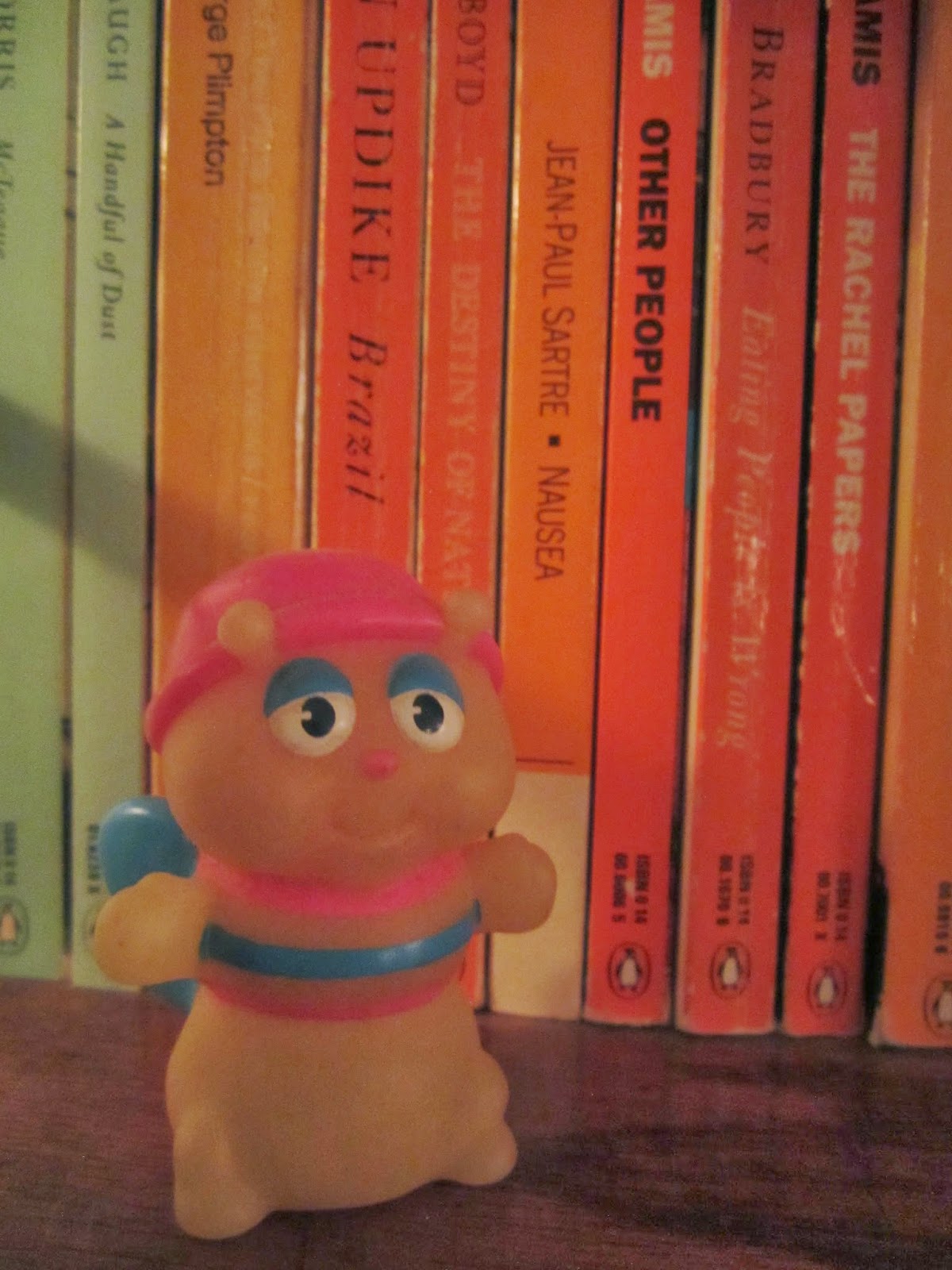 21+ - After my degree I went all intellectual for a while.  I promise you I have actually read Ulysses in its entirety, also Samuel Beckett, Thomas Pynchon, Dostoyevsky, Sartre.  Exhausted by these I dumbed down a bit, to Hemingway, Fitzgerald, then Martin Amis, Zadie Smith and the Booker winners.  Then I discovered Harry Potter…

35+ - Now I’m reading for sheer pleasure again.  Mainly scary or supernatural books.  I like the adult writers Sarah Waters, Angela Carter and Hilary Mantel, and I love some of the YA and childrens’ authors – especially Patrick Ness, Neil Gaiman and Philip Pullman.  Conspicuously missing from my shelves is my favourite book, Dark Matter by Michelle Paver, which terrified me so much I couldn’t read it whilst alone in the house.  I’ve lent the darned thing to someone and now I can’t remember who, and sadly most of my friends are not as fastidious book-returners as me.

That’s it.  One day I might get into chicklit I suppose but, since I’ve filled up my shelves, it’ll have to be one-in-one-out policy and I don’t really think I can part with any of them, even Bleak House. 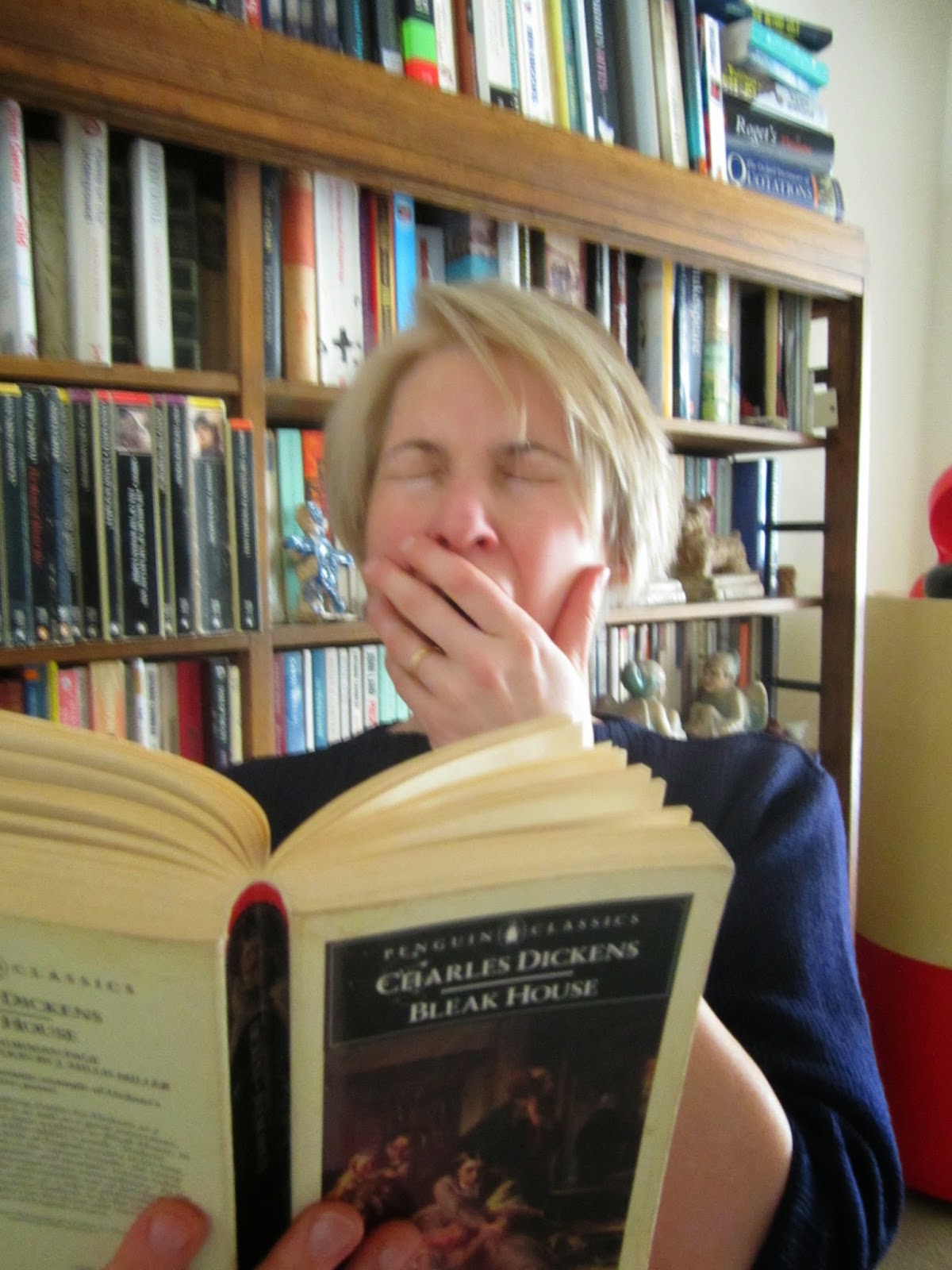 Emma Haughton said…
Fascinating! I think a lot of us follow this curve - reading for pleasure, reading for school/uni and getting the classics under our belts, followed by the urge just to read for sheer pleasure again.
29 March 2014 at 10:23