November 27, 2017
This month I've not read all that much from the library as I've been catching up with review titles but I have read a few crackers. 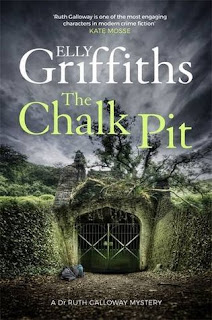 I caught up with the Elly Griffith's Ruth Galloway series finishing up with The Chalk Pit. I won't say much about the series because if you haven't started them it won't mean anything to you. This was my favourite to date. I do love Norwich and this was set there and I loved it for that as well as seeing the character development over time. I'm dying to read the next one but think I'm going to have to wait until February for it. 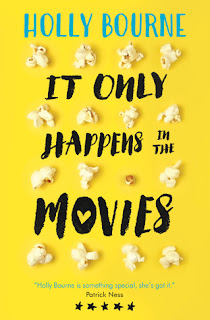 Audrey is over romance. Since her parents' relationship imploded her mother's been catatonic, so she takes a cinema job to get out of the house. But there she meets wannabe film-maker Harry. Nobody expects Audrey and Harry to fall in love as hard and fast as they do. But that doesn't mean things are easy. Because real love isn't like the movies...

The greatest love story ever told doesn't feature kissing in the snow or racing to airports. It features pain and confusion and hope and wonder and a ban on cheesy clichés. Oh, and zombies... YA star Holly Bourne tackles real love in this hugely funny and poignant novel.

I also adored Holly Bourne's It only happens in the movies. It is a fabulous YA story aimed at the older end of the YA market. I loved the characters. I loved the feminism. I loved the cinema setting. I want a sequel. I want lots of sequels. It's funny, it's heart felt and just a cracking read. I can't wait to buy copies for this for my friends for christmas.