August 28, 2017
I've made the most of my library this summer holiday and been taking advantage of having a bit more reading time. These are my favourites of the books I borrowed this month from Norfolk Libraries.

The Crossing Places by Elly Griffiths 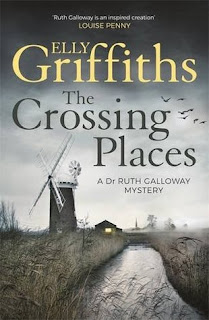 When she’s not digging up bones or other ancient objects, quirky, tart-tongued archaeologist Ruth Galloway lives happily alone in a remote area called Saltmarsh near Norfolk, land that was sacred to its Iron Age inhabitants - not quite earth, not quite sea. When a child’s bones are found on a desolate beach nearby, Detective Chief Inspector Harry Nelson calls Galloway for help. Nelson thinks he has found the remains of Lucy Downey, a little girl who went missing ten years ago. Since her disappearance he has been receiving bizarre letters about her, letters with references to ritual and sacrifice. The bones actually turn out to be two thousand years old, but Ruth is soon drawn into the Lucy Downey case and into the mind of the letter writer, who seems to have both archaeological knowledge and eerie psychic powers. Then another child goes missing and the hunt is on to find her. As the letter writer moves closer and the windswept Norfolk landscape exerts its power, Ruth finds herself in completely new territory – and in serious danger.

I must admit I picked this up purely because of the location. I love reading things set in and around where I live so this was a series I've been meaning to pick up for ages and I finally did and thoroughly enjoyed it so much so I have already got the second book ready and waiting on my TBR pile. I loved the main character and the setting. I loved the twisty turny parts of the mystery. I can see this being a series that I'm really going to get into.

Georgian London: Into the Streets by Lucy Inglis 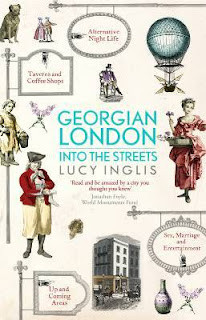 All aboard for a tour of London's most formative age-the age of love, sex, intellect, art, great ambition and fantastic ruin. Travel back to the Georgian years, a time that changed life expectancy and the expectation of what life could be. Peek into the gilded drawing rooms of the aristocracy, walk down the quiet avenues of the new middle class, and crouch in the damp doorways of the poor. But watch your wallet - tourists make perfect prey for the thriving community of hawkers, prostitutes and scavengers. Visit, if you dare, the madhouses of Hackney, the workshops of Soho and the mean streets of Cheapside. Have a coffee in the city, check the stock exchange, and pop into St Paul's to see progress on the new dome. This book is about the Georgians who called London their home, from dukes and artists to rent boys and hot air balloonists meeting dog-nappers and life-models along the way. It investigates the legacies they left us in architecture and art, science and society, and shows the making of the capital millions know and love today.

I don't read much non fiction but I should to get my knowledge up for school rather than just watching documentaries. I recently watched Lucy Worsley's series on the Georgians which led to this coming up on my radar and I must say I really enjoyed it. It is a very accessible non fiction title and so quirky and eclectic in its content that I was thoroughly entertained.


Violet and the Mummy Mystery by Harriet Whitehorn and Becka Moor 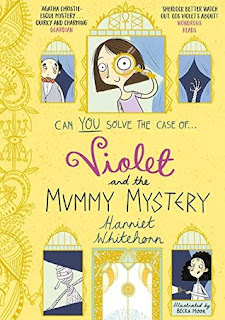 When Violet’s cousin Agnes and her Aunt Mathilde arrive from Cairo, Violet is delighted.  Aunt Mathilde is a Professor of Ancient Egyptology and has discovered a mummy that may be the key to revealing the secret location of Queen Nefertiti’s tomb. Violet can’t wait to find out more! So when the precious mummy is stolen from the British Museum, it’s a disaster. Who has managed to pull off this crime right under the security guards’ noses and where is the mummy now?  It’s up to Violet and the gang to save the day!

I have a not so secret soft spot for this series and I loved the latest instalment. These book are beautifully illustrated as well as being cracking little stories and well worth a look.

Letters from the Lighthouse by Emma Carroll 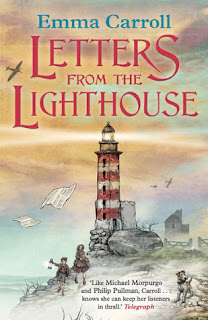 We weren't supposed to be going to the pictures that night. We weren't even meant to be outside, not in a blackout, and definitely not when German bombs had been falling on London all month like pennies from a jar. February, 1941. After months of bombing raids in London, twelve-year-old Olive Bradshaw and her little brother Cliff are evacuated to the Devon coast. The only person with two spare beds is Mr Ephraim, the local lighthouse keeper. But he's not used to company and he certainly doesn't want any evacuees. Desperate to be helpful, Olive becomes his post-girl, carrying secret messages (as she likes to think of the letters) to the villagers. But Olive has a secret of her own. Her older sister Sukie went missing in an air raid, and she's desperate to discover what happened to her. And then she finds a strange coded note which seems to link Sukie to Devon, and to something dark and impossibly dangerous.

This is a really lovely World War Two story and worthy of all the praise I've seen it get. I was captivated from the first page.