Sound track to The White Tower 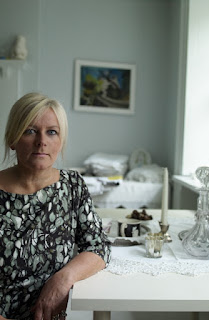 I’d like to say that when I am writing, I listened to Faure, or maybe a bit of Saint-Saens… But the truth is that I don’t listen to Classical music at all. I find it too distracting.
I have to have headphone on and a playlist to get through before I start to write, but what I’m listening to is really ‘noise’ to block out the concept of any world other than the one I am writing about. Oddly, this has led to quite a weird selection of dance music or… and this was a surprise to me… K-pop. But anything is good which gets you out of your own thoughts and into some new place.

1          Stigma, BTS
It’s probably shameful to be quite so old and listen to quite so much K-pop, but I think if you grew up listening to Duran Duran, K-pop isn’t quite so much of a stretch. I feel slightly guilty not picking a track by SHINee, because those boys are K-pop majesty (Taemin is the best dancer in K-pop, Onew has the most beautiful voice, and all five of them make me smile) but BTS have had some amazing songs. My daughter loves them (especially Jimin) and I suppose there aren’t many bands that can have the prints on their jackets explained away as being an homage to Hermann Hesse’s novel, Demian. Yes, it’s pure confectionary, but who says no to a big box of chocolates?

2          The City, Madeon
I listened to this a lot when I wrote the first chapter of The White Tower. I do love a bit of dance music because it keeps the fingers (if not the feet) moving. Any time it comes on, I feel I am sitting on the bus with Livy, my main character, drifting down the Holloway Road.

4          Kitsune Compilations (various).
There’s a shop in Paris called Maison Kitsune that I went to with my eldest son when he was doing French A-Level. The fashion is sort of preppy normcore meets Parisian hipster (I mean, you’re not going to offend anyone wearing their clothes). I bought him a T-shirt. The guys who set up the label also do music compilations and find lots of new artists (again, nothing very offensive, but quite smart and dance-y). They’re all good. 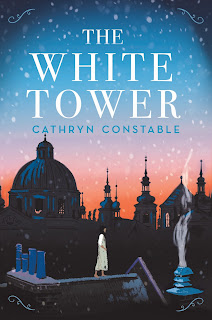 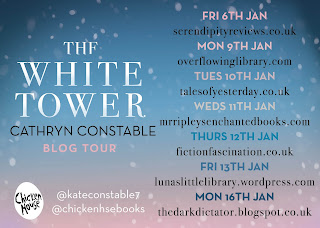