Review: The X-Files The Teen Years

January 09, 2017
I am a huge x-files fan having devoured and adored the tv series multiple times. Just before Christmas I was very excited to be offered for review the books that cover the teen years of Mulder and Scully. 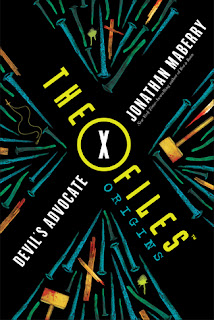 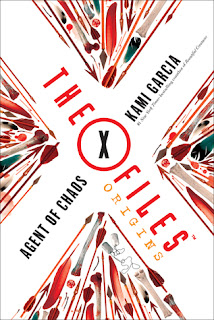 Synopsis
How did Fox Mulder become a believer? How did Dana Scully become a skeptic? The X-Files Origins has the answers.


The X-Files Origins: Agent of Chaos explores the teen years of Fox Mulder, the beloved character depicted in the cult-favorite TV show The X-Files. His story is set in the spring of 1979, when serial murder, the occult, and government conspiracy were highlighted in the news. The book will follow Mulder as he experiences life-changing events that set him on the path to becoming an FBI agent.

The X-Files Origins: Devil's Advocate will explore the teen years of Dana Scully, the beloved character depicted in the cult-favorite TV show The X-Files. Her story is set in the spring of 1979, when serial murder, the occult, and government conspiracy were highlighted in the news. The book will follow Scully as she experiences life-changing events that set her on the path to becoming an FBI agent.

As I stated above I am a huge x-files fan and I was equal part skeptical and excited about reading these books and on the whole I was reasonably pleased with what I read in these books. They do capture the spirit of the TV series for me getting the essence of both Mulder and Scully right so they feel right as a prequel to the series. I would gladly read more of these following both Mulder and Scully right through until they become the agents we meet in the first x-files series.

Mulder's book Agent of Chaos I devoured in one sitting. I adore Mulder and also have done and this book captures a young Mulder brilliant. It gets his quirks and he does exactly the sort of things I could imagine a teenage Mulder doing. The story is creepy as well as being a mystery and keeps you guessing all the way through.

Scully's story was also awesome. I must admit the main storyline focuses around the ideas of angels and angels are a thing that I just don't like in films or novels so from the outset I was less keen and mostly just kept with it because it was an x-files story. However it does work and makes sense both within the story but also as a story which works with Scully and everything we know about her from the TV series.

The main thought I had about these books is who are they for? They are definitely YA books aimed at Young Adults but how many of those young adults will be familiar with the x-files enough to want to seek them out to read them considering the original x files series hasn't been on TV since the early 2000s? (yes I know the recent reboot was on last year but again I suspect those who watched were those who watched it the first time around). Don't get me wrong they could happily be read as stand alone novels if you haven't watched the series but I don't know anyone would pick stories about characters from a long standing TV series if they hadn't watched any. Equally on the other hand I suspect most x-files fans are now firmly not Young Adults and therefore less likely to pick up YA novels (yes I know they are missing out). Therefore I just don't really get who these both are for because I imagine YA reading x-files fans are quite a niche market.