March 21, 2016
So I've managed to clear my TBR pile. I'm not quite sure how it has happened but it has and I'm in that werid position I find myself in a lot as a blogger who reads a lot of books prior to publication in that everything they'll have in the shops currently will be things I've already read. Therefore I am desperately going to be wishing my life away waiting for for new stuff to be published. These are the ones that have caught my eye of late whilst browsing goodreads. 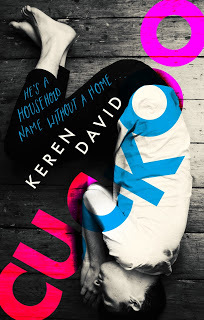 Jake is an actor - a teenager who had a regular role in one of the UK's best-loved soaps until his character, Little Riley, went upstairs to his bedroom and never came down again. . .

Jake clings to the hope that the writers will bring his character back (they didn't kill him off after all); but as time passes, and finances dwindle, reality starts to dawn. His family situation is hard. His dad has anger issues that have led to his recent redundancy, his mum cares full-time for his severely autistic older brother, and now they're struggling to pay the rent. Suddenly, Jake feels his acting career is crucial for their financial security and well-being. The pressure mounts for him to succeed - and home doesn't feel like home any more: it feels like a powder-keg waiting to explode.

When things reach breaking point, he asks his friend if he can stay with him for a while. It starts innocently enough, but soon Jake finds he's moving from couch to couch, burning through friends and acquaintances, until there's nowhere left to go but onto the streets ...It feels like everything's falling apart. And that's when he meets an old woman with Alzheimer's. She hasn't spoken in years, but when Jake starts reading Shakespeare to her she suddenly comes alive, full of memories and a powerful sense of hope.

Cuckoo is a novel about the roles we play when we don't fit in anywhere, and finding unlikely solace when home is the least welcoming place of all

I love Keren's books and cannot wait to get my hands on this.

The Yellow Room by Jess Vallance 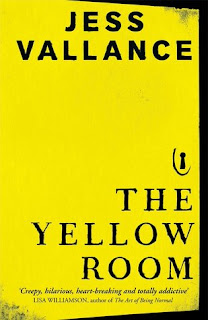 I know nothing about this book except it is by Jess Vallance. I loved Birdy and therefore am very excited about this already.

If I was your girl by Meredith Russo 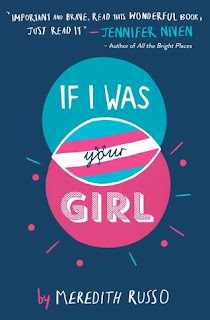 Amanda Hardy is the new girl at school.

Like everyone else, all she wants is to make friends and fit in. But Amanda is holding back. Even from Grant, the guy she's falling in love with.

Amanda has a secret.

At her old school, she used to be called Andrew. And secrets always have a way of getting out.

A book about loving yourself and being loved for who you really are.

I've heard so many good things about this already. I am really intrigued to read it. 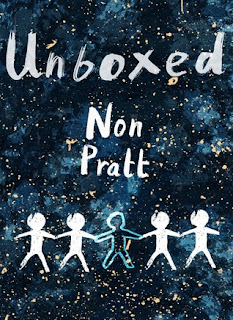 Unboxed is about four teenagers who come together after several months apart. In previous years, they had put together a time capsule about their best summer with a friend who was dying. Now that their friend has passed, they reunite to open the box

I love Non. I love Non's stories so I had to instantly add this to my wishlist as soon as I heard about it. 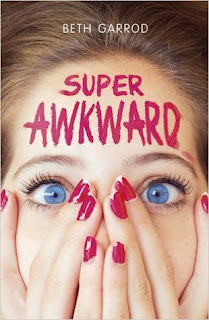 Fifteen year old Bella Fisher is an absolute winner...at failing at life. She's the owner of a mouth that won't listen to her brain, the most groin-sniffing-y dog ever created, and the ability to majorly embarrass herself in front of every single specimen of boy-dom. So imagine her surprise when she's abandoned in a caravan park, dressed as a giant cereal box and somehow manages to pull off the most alarmingly un-Bella thing imaginable - having an actual tongue snog with Zac. The world's fittest boy. When Bella is ripped away from Zac, she logs onto his favourite secret-sharing app to find him. Soon she's spilling her friends' most embarrassing secrets on the web...and not as anonymously as she thinks. While juggling her growing list of crushes, an evil ex-boyfriend, a chronically annoying uber-sis, and the leaking of her BFFs' most cringeworthy moments, Bella finds her life spinning into catastrophe. Will she be able to piece it back together? And more importantly, do it while sorting out the ultimate prom problem? (Promlem)

This sounds really really funny. I should have been at the scholastic blogger event on Saturday but was too ill to attend but just from the reaction of those there about this book I can tell I need this it 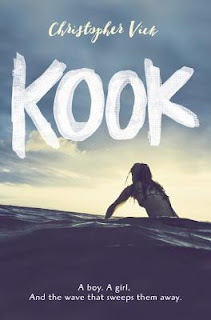 A heart-pounding love story that grips like a riptide, and doesn’t let go…

Fifteen-year old Sam has moved from the big city to the coast – stuck there with his mum and sister on the edge of nowhere.

Then he meets beautiful but damaged surfer-girl Jade. Soon he’s in love with her, and with surfing itself. But Jade is driven by an obsession: finding and riding a legendary huge wave no one has ever ridden.

As the weeks wear on, their relationship barrels forward with the force of a deep-water wave – into a storm, to danger … and to heartbreak.

I love a surfing book and this sounds fab. I need it.