The Mystery of the Jewelled Moth: Blog Tour: Etiquette for young ladies 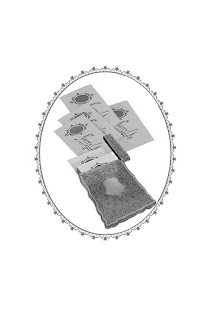 Mary smiled ironically. She quoted:
‘A young maiden’s appetite should be gracefully restrained at all times. There is no more unladylike quality in a debutante than that of intemperate gluttony.’
‘How fearful!’ exclaimed Lil.
‘I take it you haven’t read Lady Diana DeVere, then?’ asked Mary with a quirk of her eyebrows.
Lil decided there was no sense in pretending ‘I’m afraid I haven’t, but she sounds perfectly dreadful.’
- The Mystery of the Jewelled Moth

Knowing the rules of etiquette was of paramount importance to anyone taking part in the London Season. Edwardian high society was governed by a strict code of conduct - and woe betide anyone, especially a debutante (a young lady embarking on their first Season in society), who put so much as a toe out of line.

Debutantes were at all times accompanied by a chaperone, who would watch them with an eagle eye to make sure they were behaving properly. They were expected to dress beautifully and appropriately, to display perfect manners, and to be able to dance - but not to do a great deal else!

Sometimes it would be a young lady’s governess who would be responsible for instructing her so that she was ready to navigate the complex social rituals of the London Season - or perhaps she might be sent to a Finishing School to learn dancing, deportment and the proper way to behave. But etiquette guides were also popular, like Lady Gertrude Elizabeth Campbell’s Etiquette of Good Society, published in 1893, which contained chapters on ‘Letter-Writing’, ‘Private Theatricals’ and ‘Field Sports’ amongst many others. Tips and advice on important matters including fashion, manners and what a girl should expect from her first Season were also published in magazines such as The Lady.

For The Mystery of the Jewelled Moth, I had a lot of fun inventing my own etiquette guide inspired by some of these real-life writings. Snippets from my fictional Lady Diana DeVere’s Etiquette for Debutantes: a Guide to the Manners, Mores and Morals of Good Society appear throughout the book- though Sophie and Lil don’t often follow them!

It’s debutante Veronica Whiteley and her friends who are the most affected by these constraining rules and restrictions - whilst lower down the social scale, Sophie and Lil are leading very different, much more independent lives, working to support themselves and roaming about London having adventures. But in The Mystery of the Jewelled Moth, these two groups of girls come together, and soon discover that they have more in common than they might ever have expected. In the adventure that follows, Veronica and her friends discover that some rules are made to be broken - even if they are the strict principles of Edwardian etiquette! 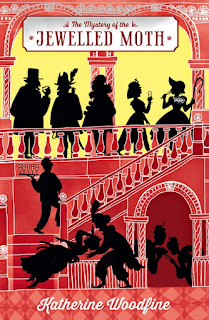