November 23, 2015
So I spent a bit of time of Goodreads lately and added loads of 2016 releases to my wishlist. Ended up doubling my wishlist within a couple of hours full of books I am dying to read. Here are a few of them

Everyone Brave is Forgiven by Chris Cleave Published May 2016 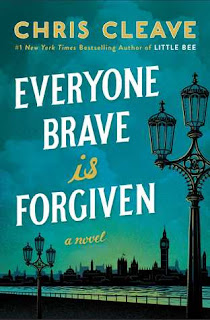 From the author of the #1 New York Times bestselling Little Bee, a spellbinding novel about three unforgettable individuals thrown together by war, love, and their search for belonging in the ever-changing landscape of WWII London.

It’s 1939 and Mary, a young socialite, is determined to shock her blueblood political family by volunteering for the war effort. She is assigned as a teacher to children who were evacuated from London and have been rejected by the countryside because they are infirm, mentally disabled, or—like Mary’s favorite student, Zachary—have colored skin.

Tom, an education administrator, is distraught when his best friend, Alastair, enlists. Alastair, an art restorer, has always seemed far removed from the violent life to which he has now condemned himself. But Tom finds distraction in Mary, first as her employer and then as their relationship quickly develops in the emotionally charged times. When Mary meets Alastair, the three are drawn into a tragic love triangle and—while war escalates and bombs begin falling around them—further into a new world unlike any they’ve ever known.

A sweeping epic with the kind of unforgettable characters, cultural insights, and indelible scenes that made Little Bee so incredible, Chris Cleave’s latest novel explores the disenfranchised, the bereaved, the elite, the embattled. Everyone Brave Is Forgiven is a heartbreakingly beautiful story of love, loss, and incredible courage.

Summer Skin by Kirsty Eagar out February 2016 in Australia 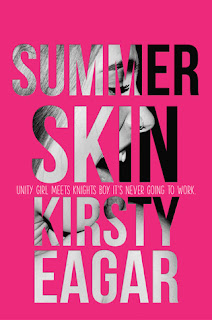 Jess Gordon is out for revenge. Last year the jocks from Knights College tried to shame her best friend. This year she and a hand-picked college girl gang are going to get even.

The target: Blondie, a typical Knights stud, arrogant, cold . . . and smart enough to keep up with Jess.

A neo-riot grrl with a penchant for fanning the flames meets a rugby-playing sexist pig - sworn enemies or two people who happen to find each other when they're at their most vulnerable?

A searingly honest and achingly funny story about love and sex amid the hotbed of university colleges by the award-winning author of Raw Blue.

I need a publisher in the UK to pick this up. I want this book now! 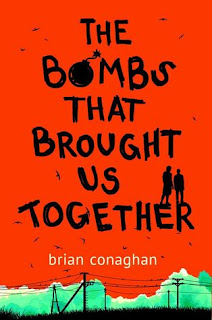 Fourteen-year-old Hamish Law has lived in Little Town, on the border with Old Country, all his life. He knows the rules: no going out after dark; no drinking; no litter; no fighting. You don't want to get on the wrong side of the people who run Little Town. When he meets Pavel Duda, a refugee from Old Country, the rules start to get broken. Then the bombs come, and the soldiers from Old Country, and Little Town changes for ever.

Sometimes, to keep the people you love safe, you have to do bad things. As Little Town's rules crumble, Hamish is sucked into a dangerous game. There's a gun, and a bad man, and his closest friend, and his dearest enemy.

Hamish Law wants to keep everyone happy, even if it kills him. And maybe it will ... But he's got to kill someone else first.

I love Brian's last book. I need this