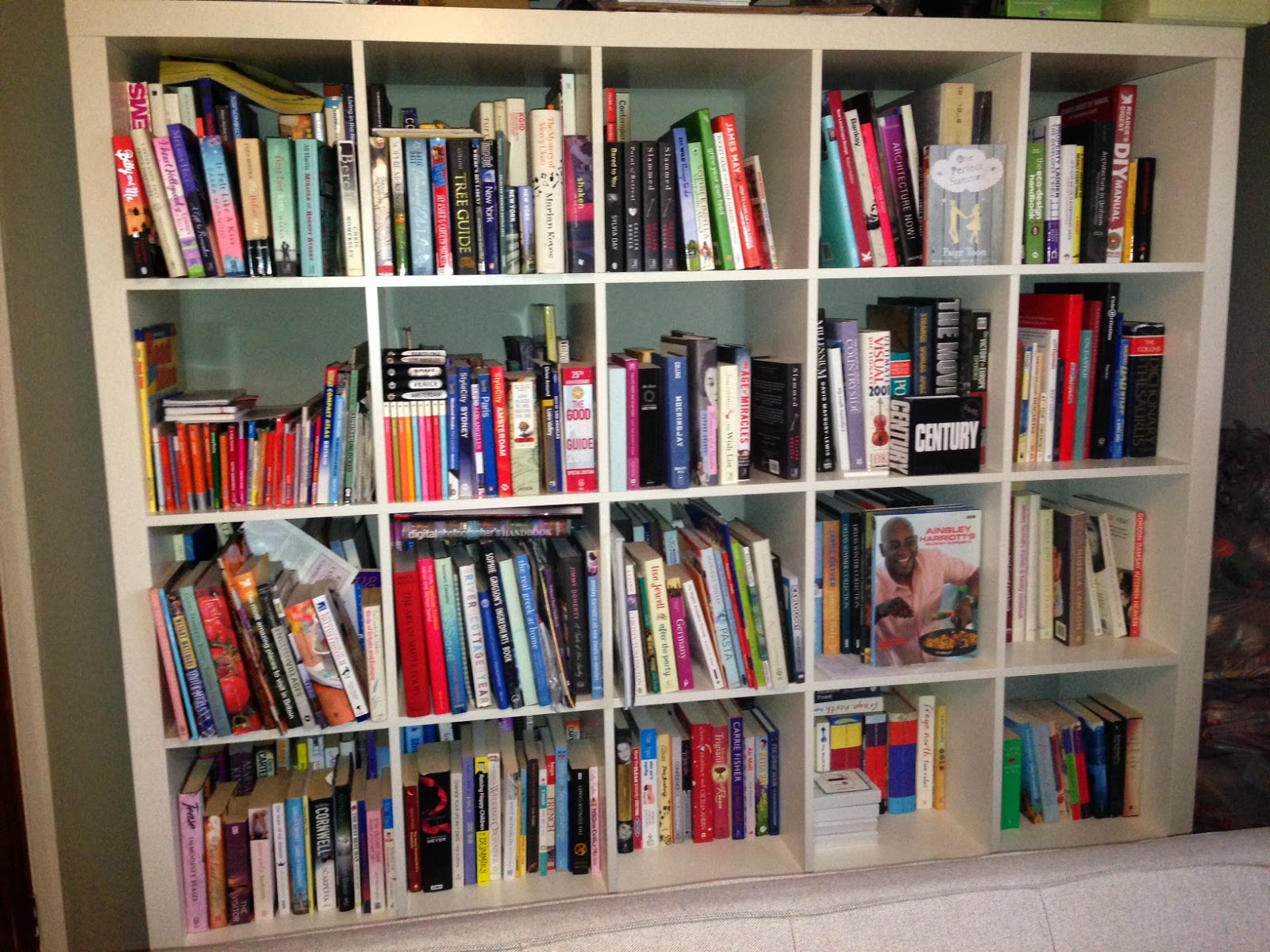 Ever since I got a Kindle, I’m sad to say my bookshelves have become a bit of a dumping ground. I didn’t tidy up at all before taking this photo (although, I did pull the following items off the shelves: one set of ugly Peppa Pig PJs which daughter got as a present, one cosmetics bag which a friend forgot to take home months ago, and two sets of children’s headphones for an in-car DVD player). So you can see that the last cookbook I used was Ainsley Harriot’s, and if you look a little closer, you’ll be able to make out the original cover art mock-up for One Perfect Summer with bleached-out beach hut style background. As heat magazine’s former reviews ed, I was sent hundreds of books, most of which I’ll probably never read, so there are some randoms in there, including a signed book by Princess Leia herself, Carrie Fletcher, and a LOT of cookbooks, which I like flicking through when I have time, but rarely do anything with. The top left is chick-lit-tastic: Jojo Moyes, Lindsey Kelk, Melissa Hill, and signed copies of the lovely Giovanna Fletcher’s Billy & Me, and my good friend Ali Harris’s The First Last Kiss which was one of my favourite books of last year. Also Sarra Manning’s It Felt Like a Kiss which I recently gave a cover quote for. Ditto the fantastic Slammed by Colleen Hoover. Look out for the dark colours to spot my love for YA sci-fi: The Host, Breaking Dawn, Mockingjay and The Mortal Instruments to name but a few, plus the whole brightly-coloured Harry Potter collection. There are also a lot of maps and destination guides which often come in handy when I’m researching my books – I almost always go to the country I’m writing about. You might notice Memoirs of a Geisha, which is one of my favourite books of all time, and also a fair few novels by another favourite of mine, Marian Keyes. She’s one of the only authors I will buy hardback for, but shamefully I still haven’t read The Mystery of Mercy Close (top, second shelf along) because it’s so heavy and cumbersome in comparison to my Kindle. I’m going to rectify that by downloading it right now. There. I have. It’s next on my reading list.