November 15, 2013
I always have a wishlist of future titles I am desperate to read and I thought from time to time I'd share the books I am most looking forward to. All links go to goodreads so you can add them to your wishlist 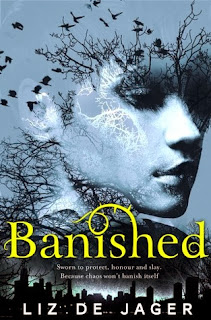 Sworn to protect, honour and slay. Because chaos won’t banish itself…

Kit is proud to be a Blackhart, now she’s encountered her unorthodox cousins and their strange lives. And her home-schooling now includes spells, fighting enemy fae and using ancient weapons. But it’s not until she rescues a rather handsome fae prince, fighting for his life on the edge of Blackhart Manor, that her training really kicks in. With her family away on various missions, Kit must protect Prince Thorn, rely on new friends and use her own unfamiliar magic to stay ahead of Thorn’s enemies. As things go from bad to apocalyptic, fae battle fae in a war that threatens to spill into the human world. Then Kit pits herself against the Elder Gods themselves – it’s that or lose everyone she’s learnt to love.

I literally cannot wait for this book to be published. I'm going to say it up front I love Liz. She is a book blogging hero and inspiration and I am so so so excited for her that her book is soon to be published. 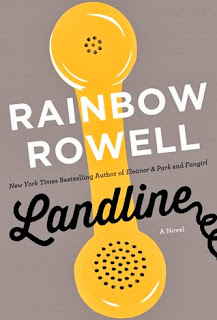 Georgie McCool knows her marriage is in trouble. That it’s been in trouble for a long time. She still loves her husband, Neal, and Neal still loves her, deeply — but that almost seems besides the point now.

Maybe that was always besides the point.

Two days before they’re supposed to visit Neal’s family in Omaha for Christmas, Georgie tells Neal that she can’t go. She’s a TV writer, and something’s come up on her show; she has to stay in Los Angeles. She knows that Neal will be upset with her — Neal is always a little upset with Georgie — but she doesn’t expect to him to pack up the kids and go home without her.

When her husband and the kids leave for the airport, Georgie wonders if she’s finally done it. If she’s ruined everything.

That night, Georgie discovers a way to communicate with Neal in the past. It’s not time travel, not exactly, but she feels like she’s been given an opportunity to fix her marriage before it starts . . .

Is that what she’s supposed to do?

Or would Georgie and Neal be better off if their marriage never happened?

Yes it is an adult book. No I don't often read those however. I have only recently read through everything I can get my hands on by Rainbow Rowell and run out. I need this book in my life 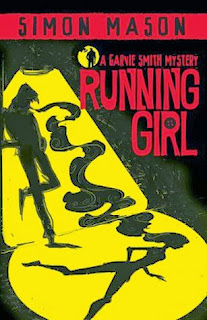 Until Chloe Dow's body is pulled from a pond.

DI Singh is already on the case. Ambitious, uptight, methodical - he's determined to solve the mystery and get promoted. He doesn't need any 'assistance' from notorious slacker, Smith.

I don't know a lot about this book. I just know I want it! I've heard so many good things on twitter. 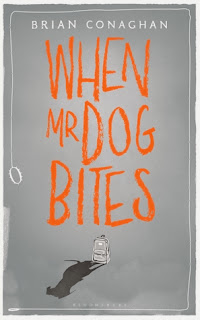 Dylan Mint has Tourette’s. For Dylan, life is a constant battle to keep the bad stuff in – the swearing, the tics, the howling dog that escapes whenever he gets stressed. And, as a sixteen-year-old virgin and pupil at Drumhill Special School, getting stressed is something of an occupational hazard.

But then a routine visit to the hospital changes everything. Overhearing a hushed conversation between the doctor and his mother, Dylan discovers that he's going to die next March.

So he grants himself three parting wishes: three ‘Cool Things To Do Before I Cack It’.

It isn’t a long list, but it is ambitious, and he doesn't have much time. But as Dylan sets out to make his wishes come true, he discovers that nothing – and no-one – is quite as he had previously supposed.

A story about life, death, love, sex and swearing, When Mr Dog Bites will take you on one *#@! of a journey . .

The Madness by Alison Rattle 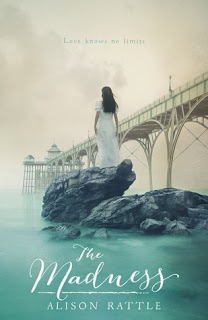 Sixteen-year-old Marnie lives in the idyllic coastal village of Clevedon. Despite being crippled by a childhood exposure to polio, she seems set to follow in her mother's footsteps, and become a 'dipper', escorting fragile female bathers into the sea. Her life is simple and safe. But then she meets Noah. Charming, handsome, son-of-the-local-Lord, Noah. She quickly develops a passion for him - a passion which consumes her.

As Marnie's infatuation turns to fixation she starts to lose her grip on reality, and a harrowing and dangerous obsession develops that seems certain to end in tragedy. Set in the early Victorian era when propriety, modesty and repression were the rule, this is a taut psychological drama in which the breakdown of a young woman's emotional state will have a devastating impact on all those around her.

I loved Alison's first YA book and I cannot wait for this one. The historian in me is super excited

Before we Met by Lucie Whitehouse 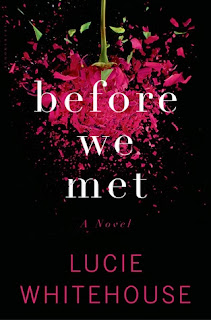 Hannah, independent, headstrong, and determined not to follow in the footsteps of her bitterly divorced mother, has always avoided commitment. But one hot New York summer she meets Mark Reilly, a fellow Brit, and is swept up in a love affair that changes all her ideas about what marriage might mean.

Now, living in their elegant, expensive London townhouse and adored by her fantastically successful husband, she knows she was right to let down her guard.

But when Mark does not return from a business trip to the U.S. and when the hours of waiting for him stretch into days, the foundations of Hannah’s certainty begin to crack. Why do Mark’s colleagues believe he has gone to Paris not America? Why is there no record of him at his hotel? And who is the mysterious woman who has been telephoning him over the last few weeks?

Hannah begins to dig into her husband’s life, uncovering revelations that throw into doubt everything she has ever believed about him. As her investigation leads her away from their fairytale romance into a place of violence and fear she must decide whether the secrets Mark has been keeping are designed to protect him or protect her . .

Another book for grown ups. I read a book by this author ages ago and loved it enough to want to read more by her

Anonymous said…
I really like the covert art for Banished. Definitely catches the eye!
15 November 2013 at 12:34

Michelle Fluttering Butterflies said…
I'm putting together a similar post for Top Ten Tuesday. Some of your choices will make it on my list! Definitely Banished.
15 November 2013 at 13:02