October 11, 2013
Some of you might know I teach History at High School. I love finding good YA historical fiction which I can use in the classroom if only to recommend to my students as wider reading.

I do however find that I can be very critical of historical fiction and I do find myself having to give up on books others have raved about because I can't get over historical inaccuracies or stories where events are treated lightly. 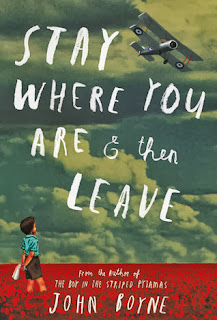 I loved Stay where you are and leave. It's aimed a little younger so suitable for younger pupils. It has a bit of mystery going on and deals with post traumatic stress disorder and the affect shell shock had on the men who served at the front. 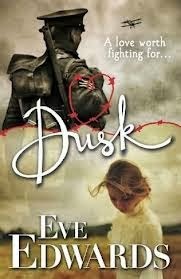 Dusk is a love story set in and around World War One and I really enjoyed it. From my own history geek point of view I loved the medical side that is brought out when you see how nurses worked during World War One to support the troops. It is the first in a trilogy the rest of which is yet to be published but it promises to be awesome. 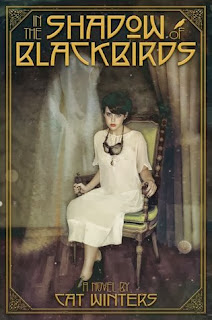 In the Shadows of Blackbirds is a really unusual read. It is set in post war America and looks at the world in the aftermath of war dealing with the Spanish influenza epidemic. Why I've picked this book out is because it is perfect for girls who love paranormal romance as it has a lot of odd spiritualist stuff going on, and whilst for me it was about about the historical context, I think that would really hook them in. 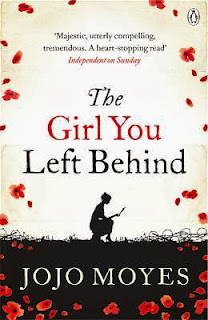 Half of this book is set in France during the First World War. The story itself is centered around a piece of artwork from the time when it turns up in the modern day. While I loved the whole thing I adored the stuff set during the war and seeing how life was like for the women in a french town occupied by the enemy. 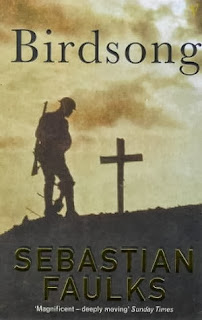 Possibly an obvious choice and not one I'd recommend to use for teens in its entirety however I do use extracts about the sappers and their work in World War One digging tunnels towards the enemy trenches. The detail it goes into is exquisite and well worth a read.

Hollie said…
I love Birdsong, it's such a brilliant read. I'll have to check our your other recommendations, they all sound great.
11 October 2013 at 13:38

So Many Books, So Little Time said…
I really, really loved Dusk. I haven't read any of the others though! I do really want to read Birdsong and The Girl You Left Behind, however.
12 October 2013 at 14:38